Rebellion and the Question of Identity 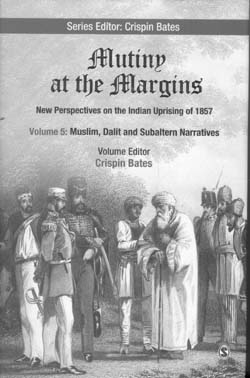 Muslim, Dalit and Subaltern Narratives is the fifth and latest volume published in the series Mutiny at the Margins: New Perspectives on the Indian Uprising of 1857. Continuing with the series aim of querying traditional nationalist and imperialist perspectives, this volume is focussed on the question of identities and subject positions rendered marginal vis-à-vis conventional and mainstream narratives of the rebellion.