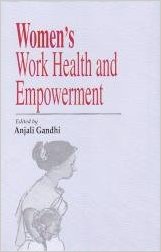 This collection of 17 articles (including the introduction) is a must read for feminists, law reformers, lawyers and judges. It compiles a range of perspectives on the social and juridical frameworks of rape in complex and yet accessible ways. The strength of the book lies in bringing together experiences of experts with those of survivors in different genres of writing with a passionate engagement offering a challenge to the obstinate fecundity of rape culture in India. The book dedicated to the ‘women and men who fight violence on the streets, in courts and at home’ acknowledges the singular contribution of each one of us who has faced and/or fought against sexual violence. I read the dedication in specific ways.

The dedication excludes all those who script sexualized violence as the dominant way of competitive politics in India. The introduction opens with the voice of Kajal Maji, a 35-year old mother of four children, who was among the many raped women in Nandigram in March 2006. The bewildering denial of the fact of sexual violence by the CPI(M), sadly included those who have dedicated many a lifetime of alliances with the women’s movement in fighting sexual violence. Bhattacharjee points out that party-based politics operates with male defined notions of honour, power and violence, wherein rape is a routine form of reprisal in the face of resistance. She points to the way the idea of rape as a way of avenging lost honour is used in different social, economic and political formations, be it the events of Nandigram 2006 or of Gujarat 2002. By implication, the book is not dedicated to all those who claim to speak on behalf of women who have faced sexual violence, yet accept the efficacy of sexual violence as a form of terror expedient to a heterosexist notion of party based politics. This notion of politics feeds the myth of constitutional governance for women, to use Justice Baruah’s characterization, by denying women who are routinely raped of any form of substantive justice.

Nor is this book dedicated to judges who enforce compulsory heterosexuality, in this case for a minor [notwithstanding the law against child marriage], as a way of rehabilitating rape victims though patriarchal definitions of community. This is signalled by a story about a 11-year old child who was raped by a young man. In this case, the judge at the Berhampore Judges Court suggested that the accused should marry the victim and also pronounced a fine of one lakh rupees as ‘denmohar’ [bride price] (p. 11). The wedding took place in the jail after three months of incarceration. A week thereafter the accused was released. At the time of the interview, Sabina was the mother of a one and a half year old child. She was pregnant again. She was thrown out of her affinal home since the marriage was seen as a ploy to divest the husband of a dowry. This narrative shows how rape is perceived as a loss of honour to different sets of men (or male defined communities) and how the judiciary is implicated in redressing male subjectivities. Lost to us is an understanding of what it means for a minor to live with a man who raped her once, and after marriage, the experience of enforced conjugality seems to have no representation in social or judicial discourses.