Another Chronicle of Loss and Love 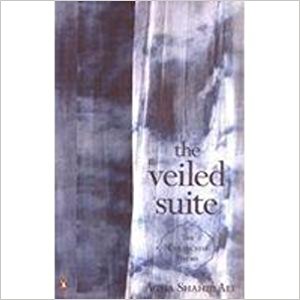 When I met Agha Shahid Ali’s father Agha Ashraf Ali a few months back, he told me about the latest collection of ‘Bhaiya’ (as the poet was lovingly called by his family) that had already come out in the US and was now being brought out by Penguin in India. He was excited about the launch of this collection. His eyes glittered with pride as he told me about Izhar Patkin’s (Jewish painter) collaborative project with his beloved ‘Bhaiya’ and how after Agha Shahid Ali’s death Patkin invited the family to show his series ‘Veiled Threads’ which was based on Agha Shahid Ali’s poems. The book carries a remarkable never-before-published canzone.

I had known Agha Ashraf Ali through the poetry of Agha Shahid Ali (he surfaces in poems like ‘A Lost Memory of Delhi’, ‘Cracked Portraits’, ‘A Call’) and when I met him in person, I got to know Agha Shahid Ali, the poet, through the eyes of a father who had lost his son at a very young age. Agha Shahid Ali was all of 52 when he died on December 8, 2001 of brain cancer following his mother’s death caused by the same disease.