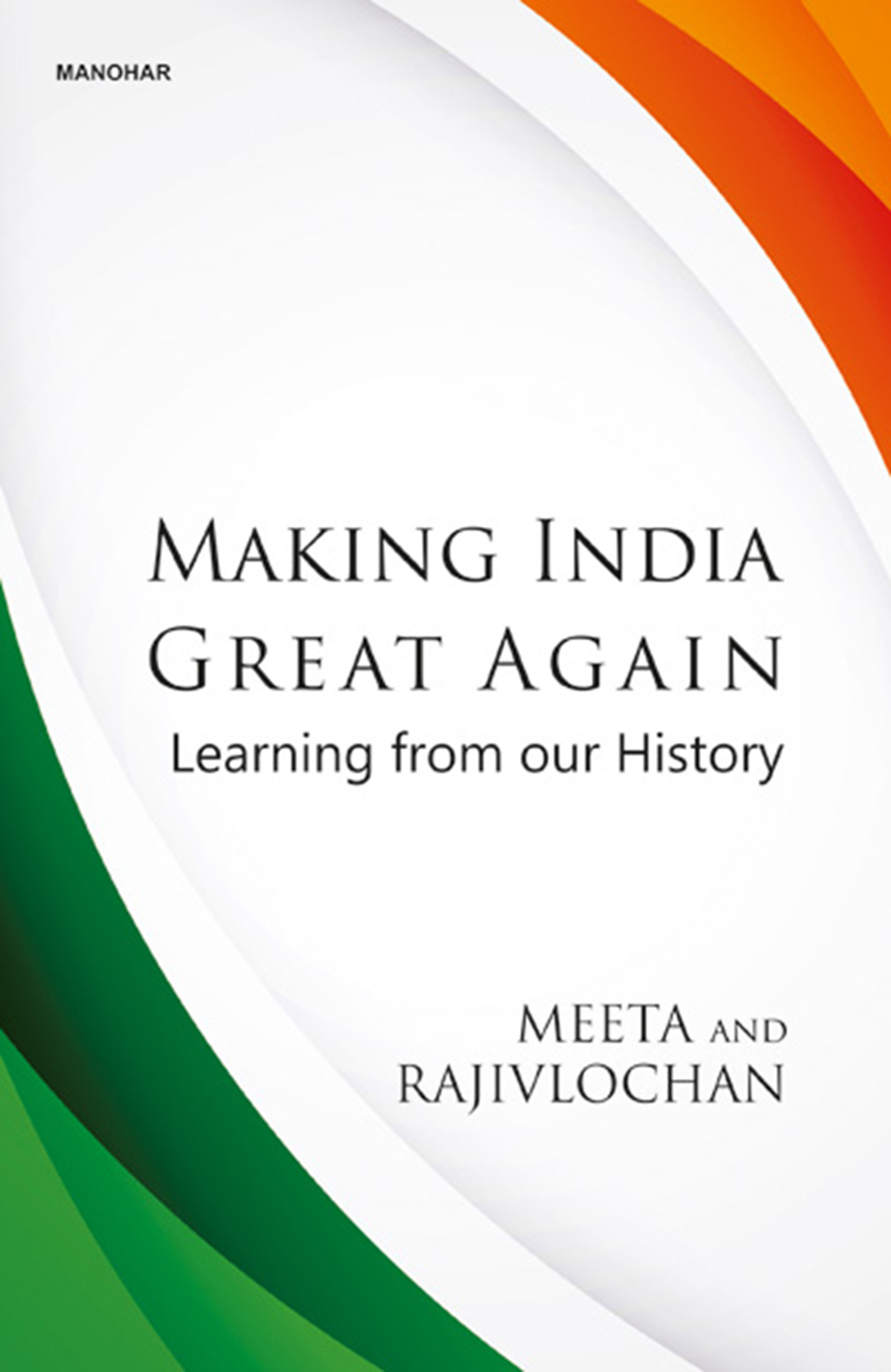 Books such as Making India Great Again: Learning from Our History are meant to have a long life. However, books are also reflective of a particular time and a milieu. Context does have an influence on what is written and when it is written, as it is the context that determines the interest of the author and the prospective audience on a subject. In the current context it appears that the analysis of Indian history seems to be the flavour of the season, as seen both in popular discourse and in emerging scholarly works. It is within this milieu that the book by Meeta and Rajivlochan needs to be situated.

There are arguably three broad narratives on Indian history. The first narrative describes the origin of ‘India’, not as an indigenously constituted ‘nation’, but as an amorphous geographic entity that the British put together from several hundred native kingdoms. This narrative tends to understate the substantive contributions of pre-colonial India, and attributes most of India’s desirable values (democracy, equality, liberty) to the advent of modernity, pursuant to the colonial rule. The second narrative views India as one of the world’s most ancient civilizations and traces the Indian origin to the Vedic age. India in its pristine origin had unblemished attributes, and it is the recurring invasions, first from the Turks, the Mughals and the British that contributed to a dilution of values. A third narrative traces India’s origin not to a particular period, but as an evolving and syncretic culture over which every subsequent civilization right from the Vedic to the Buddhist to the Turks to the Mughals and the British have left distinctive impressions. As with the earlier Vedic civilization narrative, this narrative also tends to overtly glorify the positive contributions made by the constituent cultures.