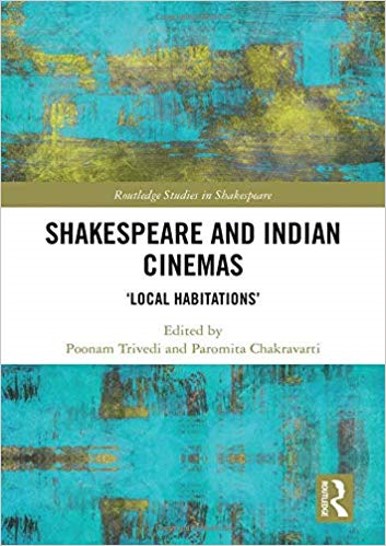 Any survey of Shakespeare requires an intricate triangulation of history, politics and culture. Shakespeare is so integrally related to Cinema that movies which adapt Shakespeare are used to showcase the multidimensional growth of cinema itself—from the minute-long, B&W silent King John (1898) to the virtual reality 360-degree cinematic adaptation Hamlet 360: Thy Father’s Spirit (2017). Although Shakespearean cinema became a subject of academic discussion in 1968, those from Indian cinema which has been producing Shakespeare cinema at least since 1923 and is the largest film industry in the world, with about 2000 feature films a year, has remained surprisingly overlooked. With its multiple histories and identities, mapping Shakespeare in multilingual and multicultural India is a complex affair involving page, stage, screen and virtual reality. There have been several piecemeal attempts to showcase Shakespeare in cinema from the viewpoint of individual movies, regions and languages. Shakespeare and Indian Cinemas: ‘Local Habitations’ gives a more comprehensive picture of Shakespeare in Indian cinema with the help of the contributions of fifteen renowned scholars from across India and the world.

The book tries to map the extent of Shakespeare’s presence in Indian cinema which originated in Bombay. The metaphor of the localization of the anglicized names of these cities is an assertion of the local. In the same way, the practice and politics of the localization of ‘foreign’ Shakespeare in Indian cinema is the subject worth looking at. The British established the Calcutta Theatre with David Garrick’s help in 1775 to promote the ‘god of our bardolatory’ and Bengali school children displayed talent for Shakespeare declamation even before Macaulay’s Minutes on Indian Education (1835).