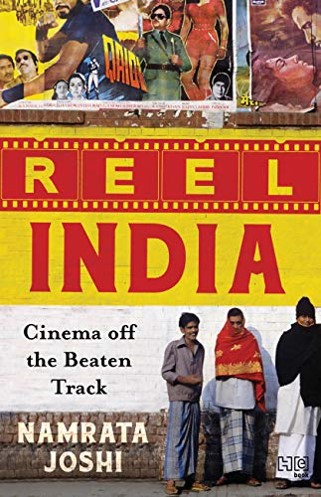 Ever since cinema emerged as a dominant source of entertainment in the last century, its influence on the public psyche remains unsurpassed. Over time and across space, it has changed forms and with technological innovations, its range and capacity have hugely expanded, but the basic appeal of cinema as the most sensuous of all art forms or its definition as the highest form of commercial art, to paraphrase Satyajit Ray, remains largely unaltered. Whether one agrees with Oscar Wilde that ‘Life imitates art far more than art imitates life’, there is not much doubt about the intimate relation between reel life and real life, especially in the context of India which happens to be the largest producer of films in the world. A new book by Namrata Joshi, noted cinemate, cites evidence after evidence of how commercial films in Hindi (and also in Tamil, for example) continue to mesmerize large sections of our population, especially in small towns and other urban agglomerations, and seeks to fathom the reason behind such mass obsession.
As Joshi observes, based on her long experience, ‘cinema is not merely medium of entertainment or an art form, but an intensely personal engagement and a significant sociological and economic constituent of some ordinary, unknown lives lived within commonplace homes and families in a few, rather unremarkable Indian towns.’ The book is remarkable precisely because it brings to public notice the nature of this intense engagement, through a series of case-studies, covering different facets of popular cinema; how, ‘for small towns, cinema has been the most immersive form of entertainment…’, however escapist it may be.