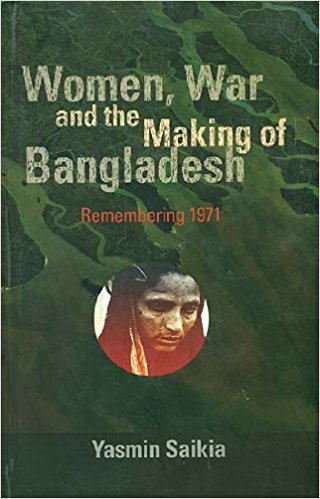 Twenty years after the birth of Bangladesh, the three protagonist nations involved in this birth-Bangladesh, Pakistan and India have their own narratives on the event. Bangladesh has a war crimes tribunal (International Crimes Tribunal), Pakistan is reconciled to its break up but still sore with India and India remains triumphal about its own just war. The focus of these narratives is the presentation of statecraft and how best to preserve those crafts. The trials, tribulations and contributions of women in the war in the making of Bangladesh is outside the mainstream discourse. Luckily, feminist scholars like Yasmin Saikia have documented and are re-telling the story of this nation building from an untold point of view.

The Bangladesh story has been recounted primarily by men, chronicling male warriors, victors and liberators. As recently, as the November issue of leading popular magazines in India, tales were re-told by various retired generals who witnessed the Indian triumph.

The only woman talked about was Indira Gandhi, who took bold steps to order the Indian intervention. Women as rape victims has been a side discourse, and would have remained as such if not for feminist writings internationally and in Bangladesh.