‘The Army of Madinah’ 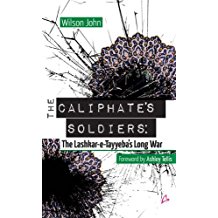 Amongst the numerous armed groups operating within India and many outside India’s borders targeting India, the most potent perhaps is the Lashkar-e-Taayyeba or the LeT. It is also the most ‘visible manifestation’ of the al-Qaida in India. The Mumbai attack of November 2008 unleashed a new face of terror when LeT and its objectives were manifested in the most obvious ways. It is unfortunate that the tragedy of Mumbai 2008 has been virtually lost on policymakers and agencies responsible for countering terror on such a scale.

The ‘Army of Madinah’ as tagged in Wilson John’s book The Caliphate’s Soldiers: The Lashkar-e-Tayyeba’s Long War is not just another South Asian Jihadi outfit but an unprecedented global network of terror. It’s strategic objectives which Wilson quotes from the website of the outfit claim that Muslims ruled Andalusia (Spain) 800 years ago and now Christians rule and ‘we must wrest it back from them. All of India, including Kashmir, Hyderabad, Assam, Nepal, Burma, Bihar and Junagarh were part of the Muslim empire that was lost because Muslims gave up Jihad.

The claim over Muslim territory according to the LeT stretches across France and even mountains of Switzerland which they say are now under the occupation of ‘unbelievers’. For two decades now LeT’s ‘global outreach’ programme has helped recruit and fund terrorist activities in different parts of the world.