An Ideology Under Siege 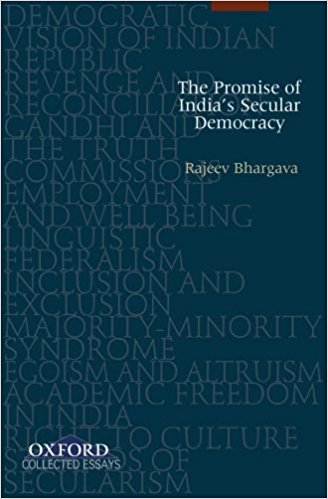 Democracy and its accompanying value of secularism has been a target of heavy criticism for both academic and non-academic sections of India. Along with their practice, the very ideals are now questioned as undesirable and deeply flawed. Scholars like Ashis Nandy, T.N. Madan and Partha Chatterjee have come with some intuitive and well informed criticism of the idea of secularism.

Put simply, they argue that the idea of separating religion from politics has a western, modernist origin and has been forcibly introduced by the western educated Indian elite like Nehru and Ambedkar. They accuse these elite of having a negative understanding of religion. Therefore, secularism as an idea has an inherent, invisible and negative bias towards religion, which is bound to fail in an essentially religious society like India.

In a similar vein, liberal democracy and its institutions have been attacked, largely by the leftists, in intellectual circles across India. The author has in mind scholars like Sunil Khilnani and Sudipta Kaviraj. They argue that liberalism and its institutions in India, in Bhargava’s words, ‘came along with British ruling elite, rubbed off on to the skin of Indian imitators who came into contact with it, but shed soon after because it remained skin deep’.