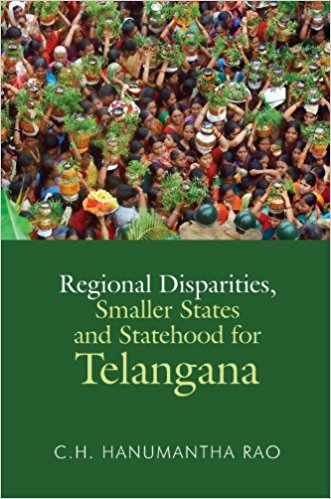 In this slim book noted economist C.H. Hanumantha Rao brings together his eight essays on regional disparities, smaller states and Telangana written at different points of time since 1969 with an Introduction and an Epilogue contextualizing them and observations on recent developments in Telangana. That they still sound relevant shows that issues related to equitable regional development, autonomy and statehood in India’s federal framework have not been sorted out by India over six decades since Independence fifty-four years since the reorganization of states. He makes a strong case not only for Telangana, but also for smaller states in India and advocates the need for a second States’