An Idea Moulded and Remoulded 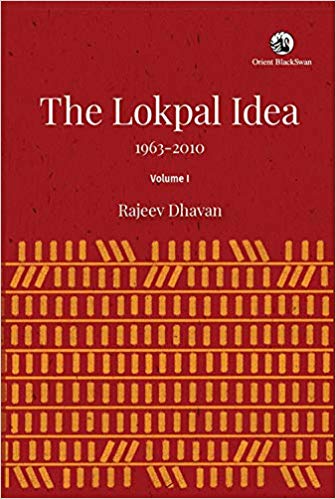 Increasing corruption in public life has been a matter of growing concern in India since the early 1960s. The Administrative Reforms Commission recommended the appointment of the Lokpal institution in 1966. Since then, a number of Lokpal legislations were introduced in the Union Parliament in the years 1971, 1977, 1985, 1989, 1996, 1998 and 2001 that could not be passed. The Anna Hazare movement of 2011 forced the Government of India to seriously think of reintroducing the Lokpal legislation. Finally, the Lokpal and Lokayuktas Act 2013 was passed.

During the UPA II Government’s regime (re-elected in 2009), corruption emerged as the major cause of public anger involving politicians, civil servants, law enforcement agencies and the democratic state. Scams such as the 2G spectrum, Commonwealth Games, Adarsh Society, Coalgate and so on surfaced during the UPA II regime and there seemed to be no end to endemic corruption. People in general are gradually losing faith in the investigation carried out by the Central Bureau of Investigation (CBI)—the main investigating wing of the Union government, leading to serious ‘ethical deficit’ in governance. The recurring public impression was that despite occasional rhetorics, the political class was not seriously interested in tackling corruption.

It was in this backdrop that Anna Hazare, the well-known political activist announced his decision to undertake a fast unto death for instituting what his team termed ‘Jan Lokpal’. The idea was to pressurize the government for instituting a strong Lokpal institution that had eluded legislation for the past five decades. Anna Hazare’s movement forced the government to take the unusual step of inviting Anna’s representatives for talks on the nature and modalities of the Lokpal Bill. Perhaps this was the first time in the parliamentary history of Independent India that people outside the legislature were invited for considering a draft legislation. Finally the official version of the Lokpal Bill, 2013 was passed by the Parliament, which became the Lokpal Act of 2014. India is currently ranked 80th on the Corruption Perception Index out of the 180 countries surveyed by Transparency International (CPI 2017).

The Lokpal Act was passed by the Parliament in December 2013, and got Presidential assent on 1 January 2014. It aims to prevent and control corruption through the setting up of an independent and empowered body at the central level called the Lokpal that would receive complaints relating to corruption against most categories of public servants and ensure that these are properly investigated and, where warranted, effectively prosecuted. All this is envisaged in a time-bound manner, with the help of special courts set up for the purpose. The Act also makes it incumbent for each State to pass, within a year, a law setting up a body of Lokayuktas at the State level, but leaves it to the States to work out the details.