Margins and the Core 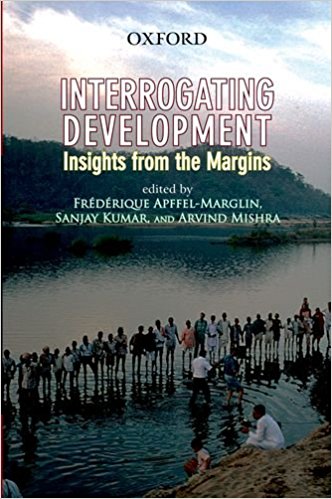 Divided into three parts, the twelve essays in this volume collectively emerge as a critique to the linear and often instrumentalist ‘developmental’ as well as ‘methodological’ perspective(s) of western modernity and its overwhelming hegemony across the Third World countries. They also deal with agencies and institutional structures working towards sustaining the accompanying features of their encroachments within the embedded cultures of sites and spaces that are plural, complex and heavily multidimensional in character. Captioned as the ‘Margin-Centre Dynamics’,part one deals with forms of marginalization while differentiating between its ‘modern’ and ‘non-modern’ processes. Rahul Ghai and Sanjay Kumar raise the issue of viewing ‘culture’ within specific contexts and the need for having an inclusive understanding of its attributes rather than invoking it through traps of imperialist and elitist discourses.

Emphasizing that development models must integrate cultural pluralities in order to make them meaningful and effective, they highlight the limits of Eurocentric developmental paradigm and its Cartesian rationality in the process of planning for the marginal groups. Ashis Nandy’s paper is an elaboration of the contrast between ‘humiliation’ and ‘objectification’ in which the marginal groups lose all agencies, voice and consciousness when ‘objectified’, and humiliation becomes an instrument of sustaining and re-asserting the old order signifying superiority of the powerful.