An Academic Debate That Waxes And Wanes 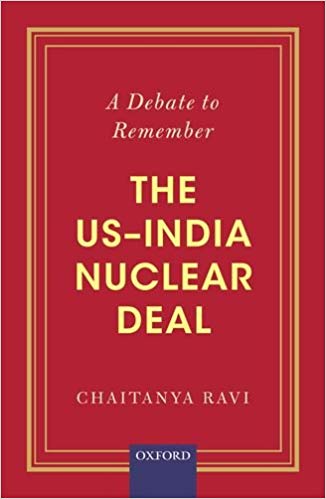 The academic nuclear debate in India waxes and wanes. It is currently demonstrating a slow uptick, especially because of the emergence of a new group of younger scholars who bring more energy, new approaches and fresh insights into the field. The two books examined here, though addressing different aspects of the Indian nuclear issue, testify to this.

The US-India nuclear deal represented one of a handful of major foreign policy debates that India has seen since Independence. Running over three years, it saw both political drama and fundamental debates about strategic policy, contestations over the nuances of nuclear technology and interpretations of US, Indian and international law. So wide ranging were the fields covered that bringing it all together takes some courage. Ravi tackles this with considerable competence in his A Debate to Remember. Adding to the problems that scholars face is the fact that near contemporary accounts of such a complex process, especially dealing with nuclear, strategic and security issues, tend to be difficult because of the confidential nature of the issues involved. Ravi partly overcomes that with a lot of interviews with key participants on both the US and Indian side, and with leaked documentation from WikiLeaks.

While the story itself is reasonably well known, Ravi does provide greater details, especially about the thinking behind the decisions on the American side. For the key people in Washington, the deal was about creating a new template for the relationship between the US and India. The Bush administration that shepherded the deal saw clearly that building a new strategic relationship with India required putting aside the fights over nuclear nonproliferation and India’s refusal to join the nuclear Non-Proliferation Treaty (NPT). But so interwoven were American laws with NPT obligations that small, incremental efforts, such as the Glide Path and the Next Steps in Strategic Partnership (NSSP), were never going to be sufficient. The nuclear deal was an effort to cut the Gordian Knot with a single stroke, and a decade later, there can be little doubt that it worked. US-India relations are today far deeper than it was even possible to imagine then.