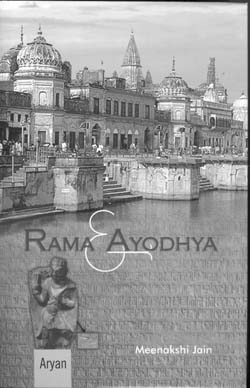 One of the critical currents of con- temporary Indian political history has been Hindutva’s cerebral politics over the Ram Janmabhumi-Babri Masjid conflict and continuous struggle by its historians to create a coherent and authentic historical narrative that would demolish the dominant narrative on Ram and Ayodhya as constructed by the ‘Left Historians’. While many such earlier attempts have by and large produced trash, propagandist pamphlets without much credibility, this time, Meenakshi Jain, one of the few accomplished Hindutva historians, has made a serious exercise which could not be dismissed outright. Earlier, Jain’s contribution as the author of the NCERT’s text-book on Medieval Indian History became a face saving for the then BJP government when the sponsored volumes on Ancient and Modern India were found to be atrocious.