Agency Exercised by the Marginalized 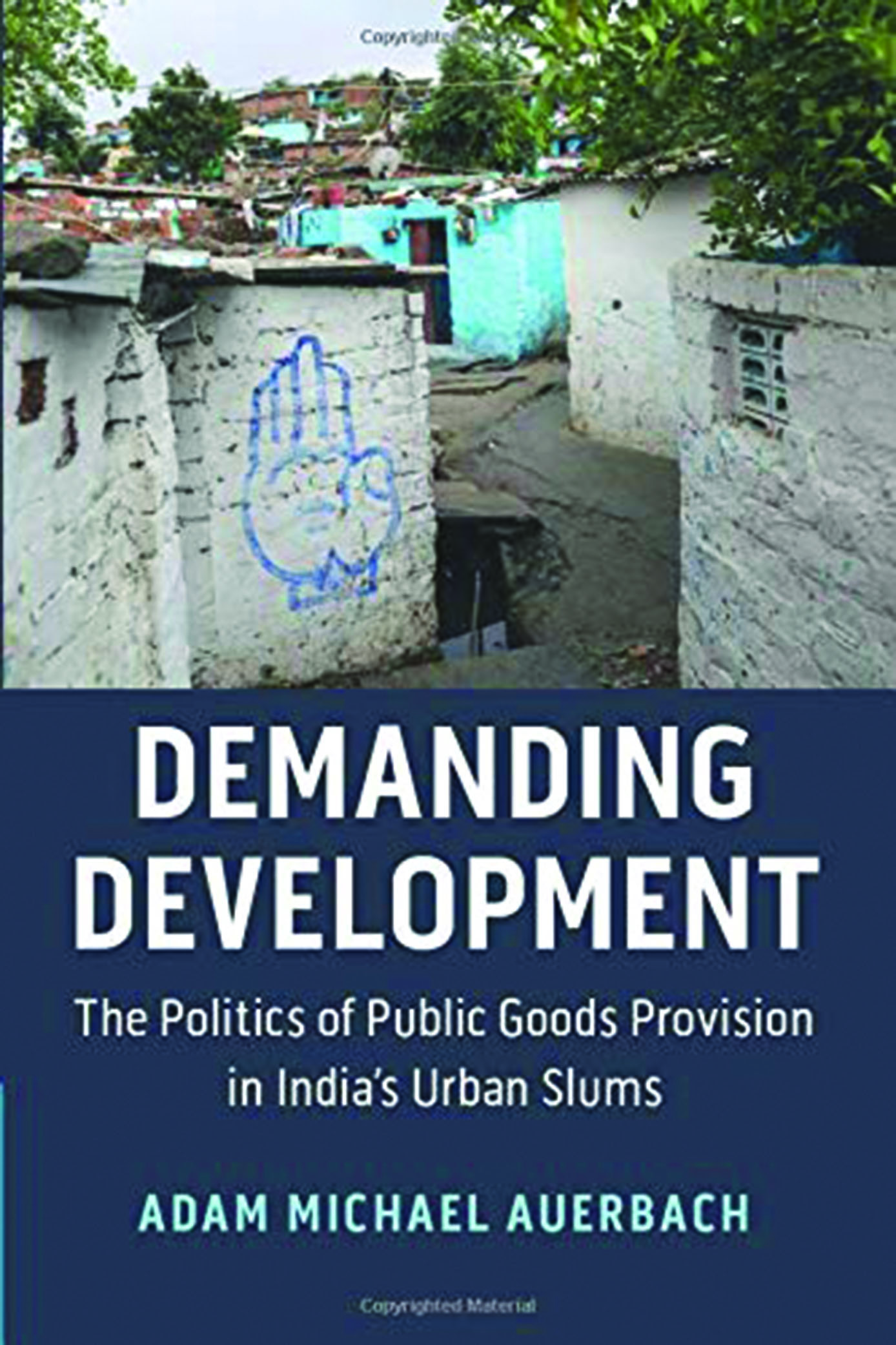 In rapidly urbanizing India the book Demanding Development: The Politics of Public Goods Provision in India’s Urban Slums by Adam Auerbach is an important contribution to the existing corpus of political economy literature engaging with the themes related to development in urban India, urban poor, and what it means for the quality of Indian democracy.

The population shift from rural to urban centres has been accompanied by both establishment and expansion of slum settlements. Against this, it becomes pertinent to engage with the question of how the slum residents mobilize and approach the state, what are the circumstances under which they are successful, and the reasons behind the variable success which the residents have had when it comes to accessing public services.

The core argument in the book underlines the agency exercised by the marginalized and the vulnerable sections of India’s citizenry through political claim making as a quotidian, and routinized political activity in between the elections. The book brings to fore the influence and impact of multiple intermediaries, even as they compete for political influence and followers, on distributive outcomes. The significance of the book stems from the primacy it accords to the interplay between the residents, as a group, and political elites in an urban slum, and while doing so the author goes beyond the procedural and routinized run-of-the-mill treatment of the quality of Indian democracy.