A Window into A Bygone Era 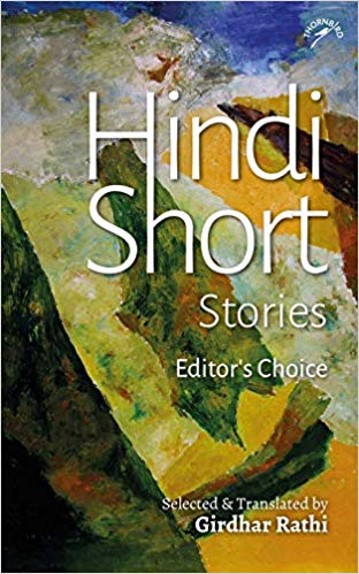 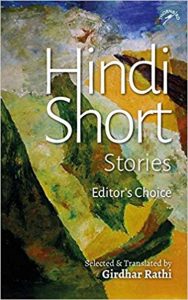 In this eclectic anthology of stories from the Nayi Kahani or New Stories movement in Hindi literature which started in the late 1950s, acclaimed poet, editor and translator, Girdhar Rathi offers readers the translation of a personally selected array of seventeen short stories by nine writers. The captivating stories in this book were my first contact with short fiction from this time and they have left me longing for more. All the stories included in this anthology were written in the 60s and early 70s and were translated from Hindi to English by Girdhar Rathi in 1975.

In their own distinct styles, the various writers cover the many broad themes typical of the Nayi Kahani like lack of employment opportunities of even educated Indians whether in India or abroad, examination of familial relationships, particularly the complicated bittersweet bond one forms with children and scrutiny of urban society at large through the eyes of ordinary people. Although no unique thread links the stories to one another, there is a certain melancholic mood and a sense of dissociation and loneliness that is common to all the characters and stories of the anthology.

The stories by Nirmal Verma, ‘The World Elsewhere’ and ‘A Night in London’, ‘Doggery’ by Mahendra Bhalla, ‘Brother of Mahendra’ and ‘Villain’ by Ramnarayan Shukla and ‘The Flunkey’ by Gyan Ranjan feature protagonists worried about their state of unemployment and the stories revolve around the means of passing time and saving money while waiting to find a job whereas the story ‘This Way, Please!’ by Raghuvir Sahay changes the focus and gives a satirical account of a committee interviewing candidates for a job wherein they finally decide to hold the interviews again and this time the advertisement stipulates that ‘those who were not already employed need not apply’ (p. 33).

The first and last stories of the book, ‘Empty Canvas’ by Ram Kumar and ‘Belongings’ by Prayag Shukla, both dwell upon the relationship between a man and a woman as fast friends with a potential to be more in the first story and as a married couple in the second. There are other stories that also touch upon these relations in different settings providing an alluring peek into the perception of marriage and relationships at that time, even extramarital affairs as in the story ‘Sincere Folks’ by Gyan Prakash.
Interestingly, there are more stories that scrutinize how adults connect with children. ‘The Victor’ by Raghuvir Sahay and ‘The Beginning’ by Govind Mishra are touching narrations of the emotional turmoil that parents undergo when it comes to their children. In his story, ‘The World Elsewhere’, Nirmal Verma brings out the contradiction between how simple yet complicated it can be for an adult to relate to a child. The protagonist, a young man, connects instantly with a little girl he happens to meet but the story reveals how difficult it is for him to maintain this fragile bond.