A Wide-Angle View Of Indian Security 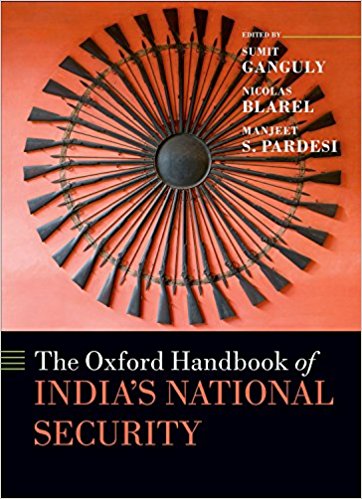 This hefty volume provides a useful primer for non-specialists on Indian security and, to only a slightly lesser extent, for specialists as well. It ranges widely across the spectrum of security issues—covering theoretical approaches to security, traditional threats, internal security challenges and even the new non-traditional threats arising from the economy, migration and cyber-warfare.

No single author could have provided such a 360-degree perspective of Indian security but, by distributing the panorama between 25 contributors, the editors have successfully combined depth with breadth. The panel of authors is a veritable Who’s Who of Indian security scholars, including veterans like Ian Hall, David Malone, S Paul Kapur, Manjeet S Pardesi and Steven Wilkinson; and also a newer generation of stars like Paul Staniland, Rani Mullen, Shashank Joshi, Nicolas Blarel and Rajeswari Pillai Rajagopalan.

Sadly, the book starts inauspiciously, with Sumit Ganguly, one of its three editors, presenting a neo-classical realist account of India’s security. In a predictable criticism of Jawaharlal Nehru, Ganguly makes the superficial argument that India’s first Prime Minister’s preference for ‘negotiated settlements’ and his ‘profound aversion to the use of force’ negates any claim to his being a realist. Other writers—such as Bharat Karnad and Srinath Raghavan—have more convincingly argued elsewhere that Nehruvian realism lay in eschewing armed conflict and minimizing military spending in the conviction that India’s security would be better served through economic and social development than with an arms build up. Ganguly marshals the familiar arguments of the anti-Nehru camp—that the ‘ideational world view’ of Nehru was shaped by Gandhi and his concern that too much emphasis on the military might lead to Bonapartism (generals intervening in politics). Only as an afterthought does the author note Nehru’s concern about the drawbacks of military spending in a country where poverty alleviation made a more compelling claim for scant resources.