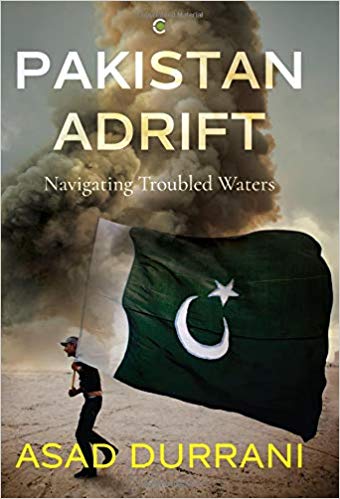 In his foreword, Anatole Lieven, author of Pakistan: A Hard Country (Penguin, London, 2011), aptly describes General Durrani’s book as a ‘combination of memoirs and reflections’ by ‘Pakistan’s foremost military intellectual’, which he finds ‘enlightening, necessary but in many ways depressing.’

Asad Durrani was Director General, Inter-Services Intelligence (ISI) between August 1990-March 1992. Before then, he had been Director General, Military Intelligence (DGMI) for two years. He was brought into that post by the then Army Chief, Gen. Aslam Beg, shortly after Zia ul Haq’s death in the fateful air crash of August 1988, in which several other top Pakistani Generals and the American Ambassador to Pakistan were killed. After his ISI tenure, Durrani moved to a staff assignment in the Training and Evaluation Directorate. Thereafter, he was Commandant, National Defence College. He was abruptly retired compulsorily in May, 1993, three years before tenure, because he was found to be ‘dabbling in politics’. He never commanded a Corps, considered an acme of achievement for three star Generals in the Pakistan Army.

The compulsory retirement was a sequel to the destabilizing of Benazir Bhutto’s first PPP (People’s Party of Pakistan) government in September 1990, in what became known as the `Mehrangate scandal’. Durrani became involved in the collection of funds (Rs. 140 million), he claims, at the express behest of both President Ghulam Ishaq Khan and Gen Aslam Beg. The main contributor was Younas Habib, a Karachi-based banker (Mehran Bank). The whole issue was raked up six years later (1996), in a case filed before Pakistan’s Supreme Court by late Air Marshal (retd.) Asghar Khan (he died in January 2018, aged 95). The case languishes to this day, though Beg and Durrani have had to appear in Court and file affidavits to explain their actions. Durrani deals with this uncomfortable phase of his career in Chapter 8 of the book, and also later, reminiscing ruefully that he need not have been so frank about his role, recording its salient aspects then, in a ‘for your eyes only’ secret missive to the Prime Minister.