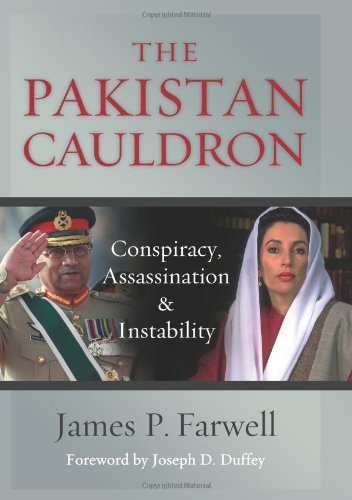 Rumour-mongering is a national pastime in Pakistan. This habit is perpetuated by the situation of extreme volatility, uncertainty and instability which has plagued Pakistan for the last three decades. Building on the late Benazir Bhutto’s statement that there is always ‘a story behind a story’ in Pakistan, James Farwell, in the book under review, seeks to provide a critical analysis of some important events which shaped Pakistani politics in recent years. The three incidents that he isolates are the A.Q. Khan scandal, the Red Mosque episode and Benazir Bhutto’s assassination.

A strategic communications expert, Farwell seeks to analyse the communications attempted by General Musharraf in both the cases and assess where he was effective and where he went wrong and why. Out of the 23 sections in the book, the author devotes the most number of pages (pp.149-193) to the section on ‘The Campaign for Influence’, where he discusses key precepts for effective strategic communication. Other chapters provide detailed, well researched accounts of A.Q. Khan’s role in the nuclear black market, the Red Mosque attack and the assassination of Benazir. This is not to deny that he does provide useful not-so-detailed accounts of other episodes like Zulfiqar Ali Bhutto’s rise in Pakistani politics, Osama bin Laden’s capture and killing, and the last phase of Musharraf’s presidency.