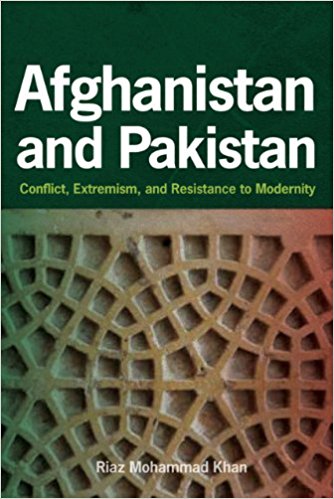 Riaz Mohammad Khan’s book Afghanistan and Pakistan adds to the numerous books already available on the shelves on the linked Afghanistan-Pakistan situation. The Taliban-takeover of Afghanistan, the 9/11 terror attack that provoked U.S. military intervention leading to Taliban’s ouster from power, U.S. failure to consoildate its success because of the distraction of the Iraq war, the resurgence of the Taliban and Pakistan’s collusion in this, have all been analysed by authors from different perspectives. So when a new book appears it has to offer more than a pastiche of facts, views and analyses that the reader is already familiar with.

The author, who was Pakistan’s Foreign Secretary from 2005 to 2008, offers an insider’s perspective on the subject. His book is not a work of scholarship based on ‘rigorous or extensive’ research, instead he offers, as he says, a ‘broad-brush treatment of events’, weaving ‘personal experiences, perspectives, and evaluation into the larger narrative’, derived from his various assignments in the Pakistani Foreign Office.

A former Pakistani diplomat who has officially handled Afghanistan related issues, analysed them on file and in internal discussions, and contributed in some measure to policy making, can be expected to adhere largely to the standard Pakistani view that we know. While this undercurrent in not absent from the book, the sobriety with which the author expounds his views and penetrating reflections on many aspects of Pakistani thinking and policies are striking.