A Travelogue Of Two Cultures 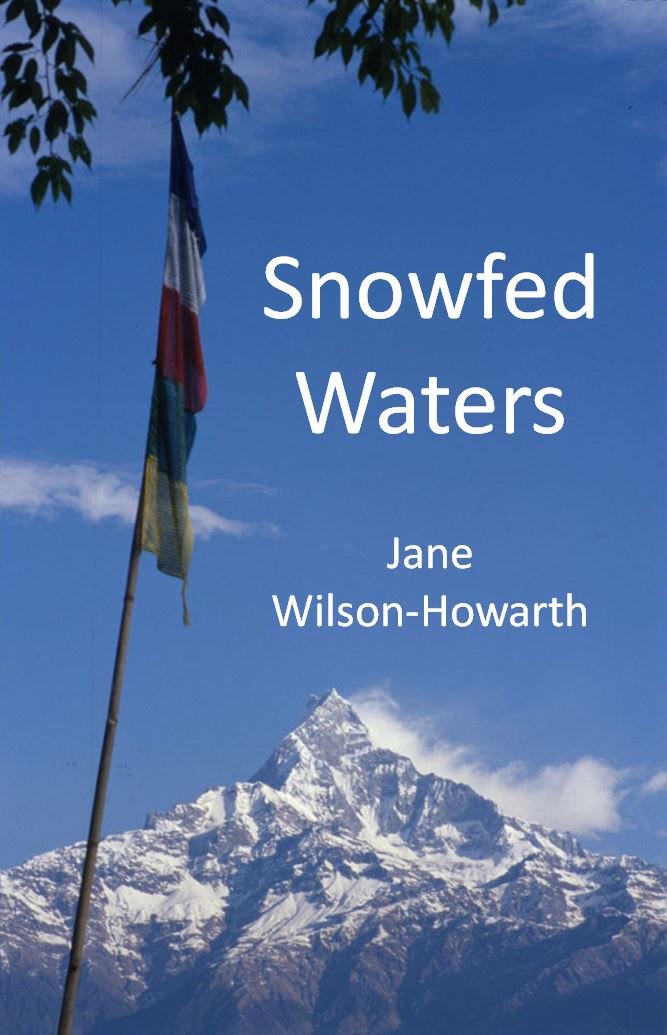 I reckon that blaming people fixes nothing. You’re the only person who is going to sort you out. No one else really can—or really cares, enough. That is what Nepalis know—better than anyone. That’s our western disease. Don’t take responsibility. Take on a lawyer!

life through a challenging yet deeply inspiring travel to the mountains of Nepal. This is the story of Sonia Swayene from England who is living a shattered life because of a tormenting relationship with her husband and being forced out of her job as a schoolteacher.

To escape the mess of her existence she decides to travel to distant Nepal to work with a Charity Organization as a teacher trainer. She arrives all alone in the green and exotic Rajapur Island close to the Karnali River in Nepal. Her only reassurance lies in the two items that she holds sacred throughout her journey, one being an amulet and other a mantra which she turns back to at moments of despair or difficulty. Sonia also comes to Nepal with the memory of anecdotes of a very distant relative who lived and dies in Kanpur during the Sepoy Mutiny of 1857. She discovers herself in a socio-cultural context that is very different from her own both in terms of its practices and its values and symbols.

The novel is an account of the various experiences that she has on this journey, the people she meets during her stay and the many interesting discoveries that she makes about her own inner being as she interacts with a culture that is completely alien to her own. The contextual setting of the book ensures that two simultaneous processes take place, one is the discovery of the unknown Nepali terrain and culture and the second is the protagonist’s gradual discovery of her own strengths and capabilities that lie dormant within.

Jane Wilson’s genius lies in the way the she depicts the very subtle and nuanced experiences and dilemmas that Sonia goes through in this distant land. Far from being judgemental and engaging in the process of ‘othering’ she is careful to avoid the patronizing perspective of ‘them and us’ as binaries.

Thus what happens across the story is a very careful and intricate introduction of the outsider (both Sonia and the reader) to the cultural and psychological dimensions of the Nepali people. It is perhaps because of this that long after one has finished reading the novel, the trials and tribulations of Sonia Swayene resonate in the mind as if they were one’s own. Howarth’s story is also indicative of the importance of discovering self-worth especially for women who feel marginalized and oppressed by structural constraints. Thus a nuanced reading of the text would suggest the feminist undertone.

The existential dilemma that the protagonist passes through resonates with the fears, worries and insecurities of humankind in general and women in particular whenever they are humiliated and ridiculed by the hegemony of a the patriarchal order. It is thus easy to discover the feminist subtext in the contextual and narrative style of the novel. What makes Howarth’s book extremely engaging is the way in which she has built the plot of the tale and enriched it with characters that are not only distinct voices in the unfolding of the story but are symbolic representations of the many facets of the human mind that each one of us comes across whenever we embark on a new journey. Look for example at the three central characters that accompany Sonia throughout her stay in Nepal.

Guliya Tharu who is the host for Sonia in Nepal is somebody who is constantly surprised and even worried to discover how casually clumsy she can be, she is apprehensive of how somebody as naive and carefree could survive in her town whereas Guliya’s daughter Moti is extremely fond of her and thus becomes her co-traveller on her long journey to a holy temple where they discover many commonalities between themselves despite the obvious distinctions in the cultures and upbringing. Then there is a man called Rekraj who is initially only a colleague but because of his generous personality and special affection for Sonia takes on the unsaid responsibility of being her local guardian. It is for him that Sonia develops warm affection and a reverence that transcends space and time. The fourth central character to the tale is the natural abundance and the beauty of Nepal itself which help Sonia cure the wounds of her being and replace her low
self-esteem with a sense of purpose and an understanding about life that is eternal and fulfilling.

A great paradox unfolds towards the end of the plot and that is that while one tragedy left Sonia shattered, yet another helps her find meaning and a sense of purpose in life. During her way back from the pilgrimage that she undertakes with Moti to the sacred temple they are faced with a severe flood that has caused extreme destruction and devastation all around. Hundreds of people have been killed, families have been broken up, buildings have been destroyed. Amidst this shattering moment of pain and despair Sonia and Rekraj with the help of others organize medical camps, help look for lost people, shelter little children and offer them food and in the face of adversity Sonia also learns to stitch the bleeding wounds of the victims and helps cure many who would have died otherwise. It is a symbolic and yet an extremely powerful literary device that has been used by the author to convey how each individual is a treasure-house of capabilities, it only needs to find the appropriate ambience to uncover it! Nepal becomes the place that returns to her all that she had lost in the tormented life that she had lead in England. She gains new perspectives, new ideas and an altogether new way of approaching life.

It is important here to acknowledge how Jane Wilson Howarth has metaphorically dealt with the concept of ‘journey’ not only as travel between two external destinations but also as a pilgrimage to the world that lies within oneself and awaits to be discovered. Thus the potential of journey and its symbolic significance are central to the story. It is a travelogue that is sure to attract readers across generations.

Ananya Pathak did her postgraduation from the Centre for Political Studies, J.N.U and is presently the Feature Editor at The New Learn: a monthly magazine on education and cultural politics.