A Story Of Lost Opportunities 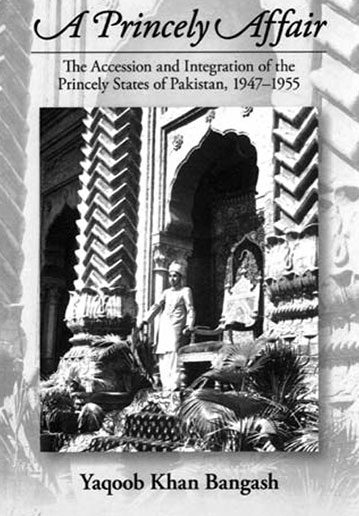 A substantial part of the British Indian empire was governed in the indirect mode, through ‘native’ Princes whose territories together constituted about forty per cent of the area of the Indian empire. These Princes acknowledged overall British supremacy, and were allowed some internal autonomy the extent of which varied from State to State. Although there were over six hundred Princely States, strictly speaking about one hundred States were political entities of some consequence. Of these Hyderabad, Mysore, Kashmir, Baroda, Gwalior, Travancore, Jaipur, Bhopal and Patiala were among the most prominent. The British maintained the fiction that the rulers of Princely States were partially sovereign. In the latter half of the nineteenth century colonial ideologues such as Henry Maine had found the notion of divisible sovereignty useful for defining the status of ‘native’ rulers.

As the paramount power the British monarch had all the attributes of sovereignty, while the Princes had some attributes of sovereignty; the Crown determined the manner in which power was to be shared or divided. This constitutional fiction masked the powerlessness of Princely rulers as all of them lacked a key attribute of sovereignty, access to and control over military resources. Consequently, it was meaningless to declare, as British did rather mischievously, that the Princely States of India and Pakistan would become fully sovereign entities upon the lapse of paramountcy in August 1947.