The Tribal Belt And the ‘Great Game’ 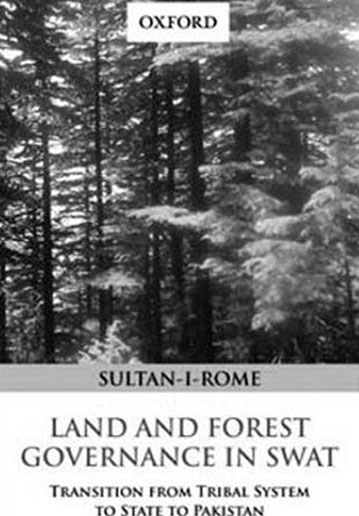 The Tribal Belt And the ‘Great Game’
Rana Banerji
Land And Forest Governance In Swat: Transition From Tribal System To State To Pakistan by Sultan-i-Rome Oxford University Press, Karachi, 2016, 616 pp., 1950
March 2017, volume 41, No 3

Both these books deal with regions of the British Empire hitherto considered ungovernable and hazardous. Written by academics familiar with the culture, societal and tribal norms of the area, they provide timely scholastic content to available literature on the subject at a moment when a Committee of Experts set up by the Establishment in Pakistan for reform in the Federally Administered Tribal Areas (FATA) has just furnished its report suggesting the merger of FATA into the province of Khyber Pakhtunkhwa (KP—earlier known as North West Frontier Province—NWFP) in a phased manner, over the next five years.

The book under review by Dr. Salman Bangash, Associate Professor in the Department of History in Peshawar University, examines the reasons behind British Frontier Policy which led to a different administrative setup for the Tribal Belt. Dr. Sultan-i-Rome (a Swati Pathan from the well-known Bacha family), Associate Professor of History in Government Jahanzeb College, Swat describes the rather ineffectual implementation of land and forestry laws in Swat over the last sixty years.