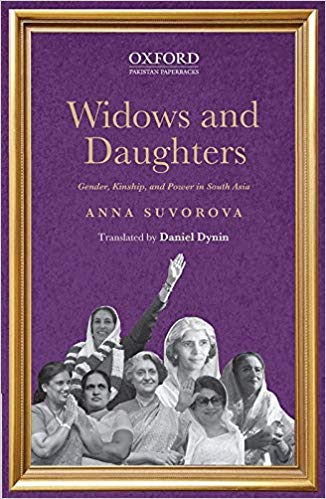 This fascinating book provides a compelling narrative about the life and times of South Asia’s female heads of state. While the content focuses mainly on Indira Gandhi, Benazir Bhutto, Khaleda Zia, Hasina Wajed, Sirimavo Bandaranaike, Chandrika Kumaratunga, and Fatima Jinnah, the names of these leaders do not find a place in the headings of the chapters of the book. Instead, we have titles such as ‘Widowed Mother’, ‘Daughter of the East’, ‘Daughter vs. Widow’, ‘Daughter-Widow’, and ‘Exception to the Rule: Sister’, each of which engages with the life of a specific leader, and at once conveys to readers the perspective from which a particular leader is being discussed by the author. The contents are divided into nine chapters; the first couple of chapters, among other things, also highlight the fact that ‘female political leadership in South Asia in the twentieth century was no historical coincidence, anomaly or paradox… it had deep roots in Indian history and culture from the medieval period on… In different regions of the country women were given or secured the right to rule single-handedly… All of these women were widows or daughters of legitimate rulers and belonged to ruling dynasties, which presents a clear parallel to the origins of women leaders in our time’ (emphasis ours) (p. 62). Further, the foray into history enables the author to highlight the few similarities in domestic policies of the female rulers of the past and present, most notably the priorities that female heads assigned to humanitarian and welfare policies (p. 63). While religion was not an important factor, the author, however notes how ‘gender identity of many Indian female rulers was often ambiguous: they could behave both as “true” women and as impersonators of men’ (p. 63).