Daily Demons‘ The Other Half’ Faces 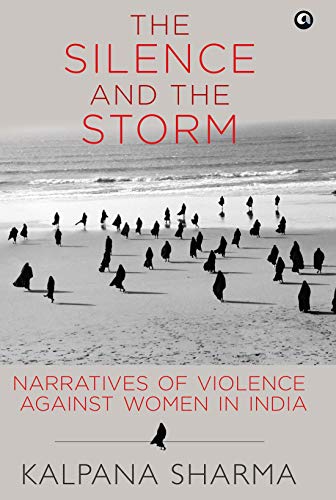 Daily Demons‘ The Other Half’ Faces
Sabah Hussain
THE SILENCE AND THE STORM: NARRATIVES OF VIOLENCE AGAINST WOMEN IN INDIA by Kalpana Sharma Aleph Book Company, 2019, 200 pp., Rs.599
February 2020, volume 44, No 2-3

The Silence and the Storm: Narratives of Violence Against Women in India is an addition to the existing corpus of literature on gender politics. Working as a journalist for four decades, the author Kalpana Sharma has drawn the trajectory of women’s struggles in India through multiple monocles in the book. She does not stick to one particular theme, as do the masterpieces of Bina Agarwal, Uma Chakravarti, Susan E Chaplin, Karin Kapadia and Ritu Menon; rather her work is very broad and comprehensive using valuable theoretical references from works of the above-mentioned scholars. The author’s inspiration comes for the book from a regular column ‘The Other Half’ which she wrote for The Indian Express concerning women’s issues and perspectives. The book can be considered a primer for major issues, cases, and developments concerning the lives of women in India. The author also emphasizes the need to examine the larger reality of the daily demons that women encounter.

Sharma’s book runs into eight chapters highlighting the meta-democratic waves in the country from 1985 to 2018, with other influencing factors like the rise of telephone, cable TV, mobile phones and the Internet. The significant metamorphoses in the process have been the transformation in India’s political and economic landscape where some women have devised strategies to work with the state while others work through dissent focusing on the personal and the particular.