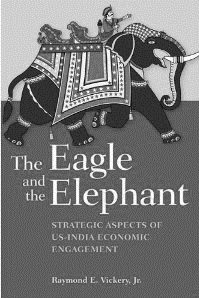 The Eagle and the Elephant is the best book on Indo-US relations written by an insider in the US administration. Vickery holds a bipartisan American view largely sympathetic to Indian concerns. It surpasses Denis Kux’s magisterial book—Estranged Democracies. There is a remarkable commitment to historical detail to buttress the argument that Indo-US economic relations after 1991 were pivotal for its strategic relations. Positive economic inducements rather than sanctions or military considerations will be the harbinger of friendly ties between the two countries. The relationship between the world’s two populous democracies of considerable economic significance will be the most significant one for the US in the twenty-first century.

The chapter on civil nuclear cooperation is central to the argument about economic and strategic relations. India’s nuclear tests in 1998, like the one in 1974, should have brought the relationship to a new low. But the 1998 sanctions were reversed quickly.