A Smorgasbord Of Living Memories 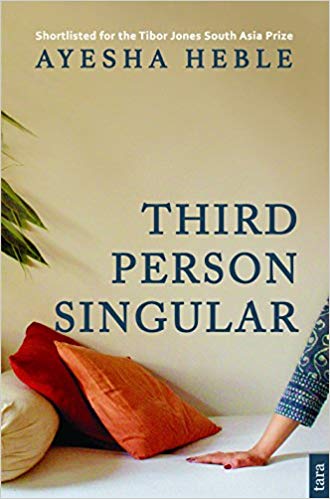 In a college in Delhi that doubles as a university, a temporary lecturer sues the English department for not selecting her for the regular post throwing the staff room in turmoil. As the drama unfolds, several characters march onto the stage each involved in their own struggle to define their selves as individuals trying hard to break free of the social confines of religion and gender. Not an easy task even today but back then in the last decades of the twentieth century these quests were even harder. Around the staff room and its staff revolve many tales of different vantage points and proclivities of lecturers, debates on the restructuring of the course, of politically active lecturers involved in issues affecting the livelihoods and shelters of the underclass in their neighbourhood and the gripping tale of a professor’s disagreement with the ban on the sale of Salman Rushdie’s book.

Ayesha Heble, an activist, draws you into the world of the 1980s when Harley Davidsons remodelled as ‘four seaters’ roared in the city and words like sex and rape were seldom used by decent women brought up in decent middle class homes. It is a smorgasbord of living memories that an old friend on a relaxed visit may recount over a sundowner. Its tone is light, with flashes of humour, unburdened by narrations of ‘atmosphere’ and brings together many facets and types of struggles and campaigns that the middle classes were associated with in those heady days after the emergency when an exhilarating sense of freedom pervaded the country.

Since it is set in a university, it affords the writer an opportunity to keep the atmosphere liberal (post ‘feminist movement’ it has to be) and space for ‘intellectual’ debates, without making them tedious. All the main characters are middle class, some politically aware, employed with enough means to be able to live on their own terms but riven with doubts about their choices and the choices of others that affect them.