A Slice of Lived History 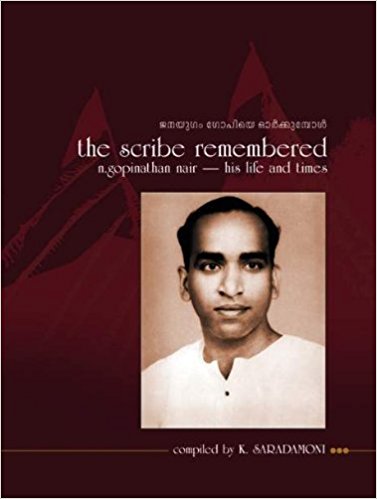 What is the relationship between the public histories of societies and movements, and the personal stories of individuals who participated in them, shaped their direction, and witnessed their transformation? Is there an aspect of history which we can access only through tracking the trajectories of an individual’s thinking and action? These questions are particularly pertinent in the case of political movements that possess a strong ethical orientation. They insistently appear before us as we read this fascinating collection of N. Gopinathan Nair’s writings and reminiscences of his life and work by friends and family members, edited and published by his life partner and eminent social scientist K. Saradamoni. Gopinathan Nair is best known in Kerala as the founder editor of Janayugom, the official organ in Travancore of the undivided Communist Party. Gopinathan Nair left Janayugom and moved to Delhi in the early sixties, and withdrew from active political work around the time of the split in the Party. As a journalist and thinker, he continued to be a Communist, critical of the split in the movement and keeping alive dreams of future unity.