A Canon That Shaped A Nation 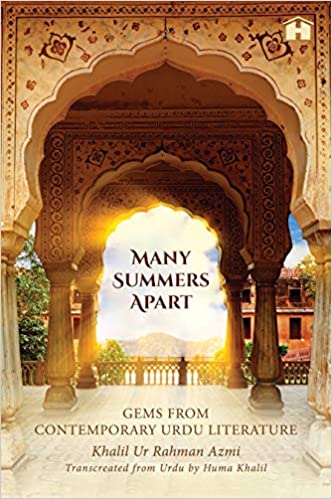 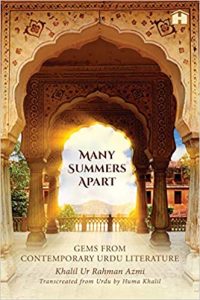 Khalil Ur Rahman Azmi’s monumental and definitive study on the Progressive Movement in Urdu Literature is now available in English, thanks to his daughter and translator, Huma Khalil. It must indeed be a joyful experience for researchers and scholars alike, especially those who cannot read Urdu, to be able to read this classic in English. Interestingly Khalil calls her book ‘transcreation’. By drawing attention to the transcreational feature, she highlights the major difference between translation and transcreation. A translator needs to be faithful to the original and this can be restrictive. Transcreation affords greater stylistic freedom and structural flexibility. In the case of the book under review, the decision to transcreate and not translate the original is significant, considering the nature of the work. The source text which contextualizes the rise of the Progressive Movement in Urdu literature in the 1930s, and the manner in which it impacted the writers of Urdu, and other literatures of that time, does not require a faithful reproduction, as the goal is to make the text an interesting and insightful read for the contemporary target audience. Transcreation affords Khalil tremendous leeway in the matter of inclusion/exclusion and restructuring, as well as the discretionary freedom to work through and around complexities of narrative representation. As Azmi’s daughter, she has the right to make such a choice, which, considering the end product is a happy one.

The information provided about the author on the inside back cover is revealing. Khalil Ur Rahman Azmi had a doctorate in philosophy. He was a poet and literary critic of Urdu; he was a Professor of Urdu literature; he is thus ‘the most befitting’ person to produce such an exhaustive and conclusive work. In the course of the text, Azmi comes through as an intuitive intellectual, with a keen sense of history, politics, and aesthetics. The preface, where he states his avowed intention to be objective and factual, sets the tone of the work. He freely admits the impossibility of complete neutrality when scrutinizing writers and their work, where factors like individual  idiosyncrasies, interpersonal relationships with contemporary writers, ideological differences, personal inclinations, notions, and biases, do not allow him the right to claim total objectivity. Perhaps, it is to take care of this possible shortfall, that he augments many of his opinions and observations with quotes from other writers/critics. Some of these quotes provide a variant view. The two-pronged strategy helps facilitate as unbiased an analysis as possible. To cite an example, explaining the reason for not attempting a thorough study of Premchand and Josh Malihabadi, he writes, ‘…even though they were part of the Progressive Movement and supported its ideology… (T)heir cognitive nurturing and  perceptive enrichment had already taken shape before the movement…’ (p. 23). This is followed up with Akhtar Husain Raipuri’s totally different take: ‘For Premchand, art was like a clasp to hang reality on….Reflection and speculation are beyond his art’ (p. 23). Azmi does not quote Raipuri because he feels that his own evaluation is inadequate; or because it needs validation. The two views reveal disparate approaches. Raipuri’s quote is included to make available an alternate point of view. Rather, the quote makes available for the reader an alternate point of view. If Raipuri’s observation astonishes the reader with its remarkably concise appraisal of a contemporary, Azmi’s own evaluation of Josh Malihabadi: ‘Josh’s revolutionary imagination was destructive, and his emotionalism got converted into literary aggression’ (p. 25), is not just incisive, it is aphoristic.

From Political Freedom to a Socialist Revolution
June 15, 2020