A River of Timeless Appeal 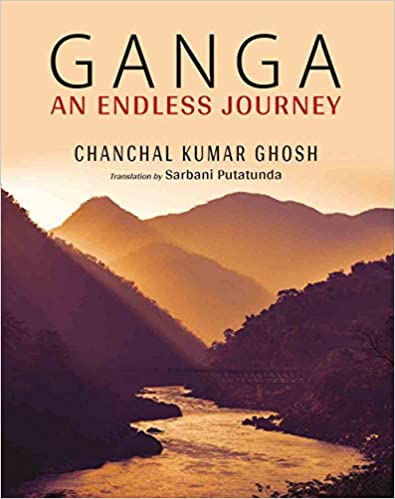 Two very different books on the incomparable river Ganga: one, linking the river to a cultural continuity threading centuries into the past; the other, seeking personal inspiration and civic lessons from stories of hope and despair encountered along the river.

Chanchal Kumar Ghosh is a well-known writer of Bengali fiction and a ‘Ganga-scholar’ who has written extensively about the river. Entwined as she is in myth and history, Ganga holds an exceptional place in the Indian psyche.  As Diana Eck, the Sanskritist, observes, one of the few things Indians speak of in one voice is Ganga Mata. Ghosh sets out to understand the river’s timeless appeal in the consciousness of millions.

Like myriad visitors before him, the pain and fatigue of the expedition vanish as Ghosh sights the source of the Ganga at Gaumukh.  He recalls efforts of intrepid explorers through the centuries: Portuguese missionary Antonio de Andre, who arduously followed the Alakananda River to Badrinath in 1624, where he came upon ‘countless pilgrims’, and further to a large lake which he declared was the source of the Ganga and the Sindhu; Azevedo, another Portuguese priest who supposedly reached the legendary Manasarovar lake, traversing the town of Srinagar where he witnessed a funeral ceremony of the local king and the stomach-churning sati of his queens; Lt. Webb who trekked up the River Bhagirathi in 1808, and was the first westerner to mention Gaumukh in his writings, although forced to turn back near Gangotri; and Capt. Hodgson who finally reached the grail in 1817 and saluted with a bugle march ‘the first appearance of the famous and true Ganges’.