A Behavioural Study of the Iconic Asiatic Elephant 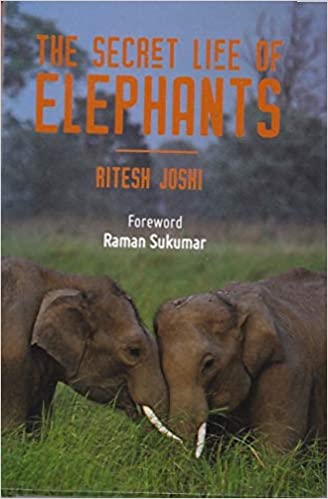 The elephant in India is an iconic animal writ large in our experience, culture and civilization. Several books have been written about it for centuries and they can fairly fill a book cabinet. The present offering is by the author, an environmental scientist, a teacher and now an officer with the Ministry of Environment of the Government of India. One wonders what the book has to offer as it goes where so many have gone before.

However, it is an offering with a difference in so far as its contents are the filtered residue of a decade and a half’s study in the Rajuji landscape in the foothills of the Himalayas, home to about 1075 elephants, and the National Park, a smaller area which has hosted between 302 and 469 elephants at any time over the past decade and a half. The author points out early on that he would concentrate on the behaviour of Asiatic elephants—a subject awaiting attention—and it is the largest portion of the book.

Joshi gives a ringside view of how herds behave, how they are led by the matriarch who shows the ropes to the rest of the family. Human activity has fragmented the habitat which has caused behavioural changes, such as elephants negotiating steep hillsides or walking down the steps of the Ganga Canal to drink or bathe. The assertions are supported by photographs which leave one wondering how these great giants manouevre such difficult obstacles. He also describes how the oldest male shepherds the younger ones across a road and halfway he goes back to fetch a straggler! Joshi also recounts how male and female elephants have changed their behaviour to raid fields which they do only at night, remaining in adjoining forests during the day.