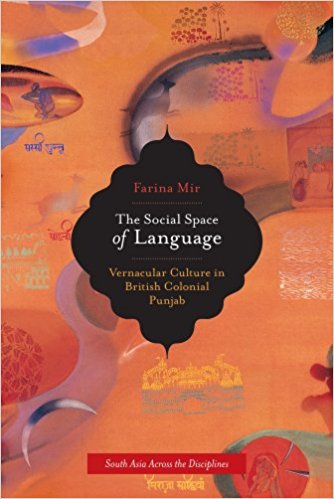 This book straddles several anomalies that are rather obvious once stated but are rarely formulated as such. How is it that the world of Urdu literature becomes so dominated by people from the Punjab in a span of fifty years, beginning circa 1900s, and in a sense, continues to remain so? Iqbal, Faiz, Meeraji, Rashid, Bedi, Manto, Krishan Chander and down to our times, Mushtaq Ahmed and Zafar Iqbal, a top twenty or top fifty list of modern Urdu litterateurs would likely contain fifty percent Pubjabis. And how is it that Punjabi, which produced such a brilliant and varied repertoire of stories, epics and poems until the late medieval era by such extraordinary luminaries as Baba Farid, Bulle Shah, Waris Shah, Haridas Haria seem to drop out of our horizon in the modern era where all we know of is an Amrita Pritam or, less likely, a Surjit Patar? Why such poverty after such riches, why such preponderance from such invisibility? And yet, how is it that Punjabi still continues to enjoy immediate and even aural connotations that transcend nationality, religion and, even as it defines a community, a specific ethnicity.

What then is a Punjabi community and where and how has it existed specifically in the colonial era but, in many resilient ways, down to our times? Add to this another vignette. At his trial in Britain in 1940, the revolutionary nationalist Udham Singh, who assassinated Michael O’Dwyer, the Liutenant Governor of Punjab who had presided over the Jallianwala Bagh massacre, asked to take oath not on any religious text but on ‘Hir Waris’, the Hir-Ranjha poem penned by Waris Shah in the eighteenth century. ‘What authority,’ asks the writer of the book under review, ‘was vested in the romance of Hir and Ranjha for this political revolutionary?’