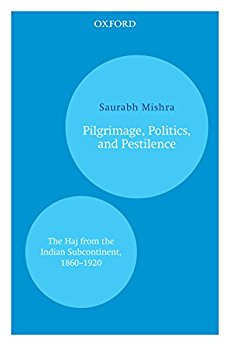 The Brill Dictionary of Religion describes pilgrimage as timehonoured migrations to outlying sacred places. This phenomenon of religious mobility is attested among peoples of ancient times This devotional journeying is underscored by the belief that the local presence of a deity, a hero, or a saint in this specific place makes transcendence in immanence especially effective and available to experience, and thereby especially efficacious for ones own concerns. From the point of view of cultural history, pilgrimage is a symbolic movement incorporating both bodily relocation and heightened piety.Since, in Islam there is no fixed age by when the pilgrimage must be undertaken, most Muslims, till very recently, used to postpone it for their old age.Till not very long ago, this accounted for older people afflicted by disease and infirmity and the poor and indigent forming the bulk of pilgrim traffic.

Year after year, the colonial government across Asia and Africa had to incur the expense of repatriating the destitute and penniless, and the local authorities had to cope with the burial of those who died of disease, neglect or poverty in the Holy Land. Also, given the phenomenally large numbers of pilgrims who descended upon the holy sites during the annual haj pilgrimage, issues of health and hygiene assumed gigantic proportions.