A Relational Approach to Entangled Issues 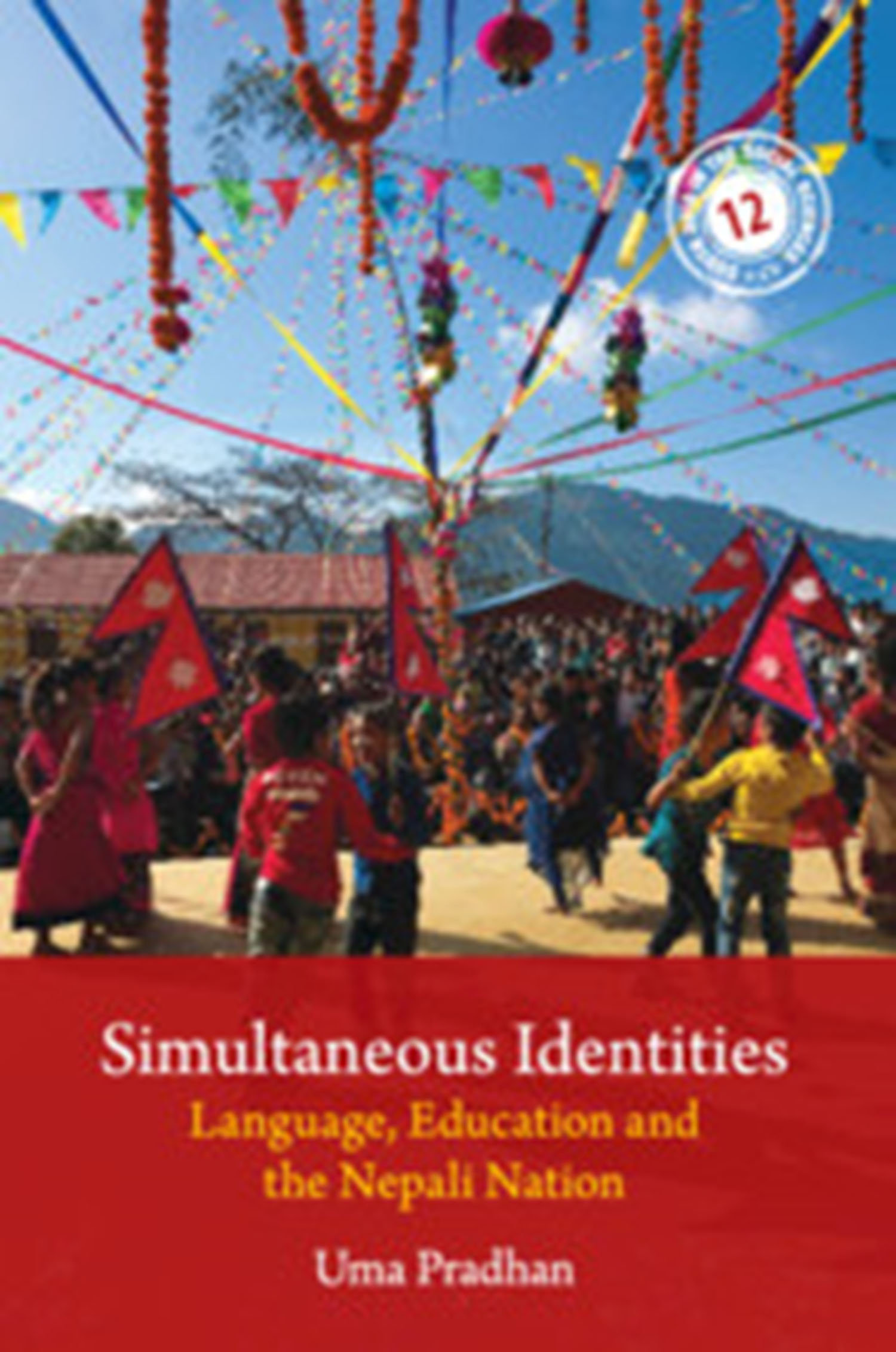 Simultaneous Identities: Language, Education and the Nepali Nation (2020) comes at a time when education stands at a critical juncture in South Asia. As educational inequalities become the centre of analyses in the post-pandemic world, this book reminds us of the need to build a comprehensive understanding of educational practices and their relationship with the social world of individuals across diverse contexts. Pradhan’s book offers an in-depth engagement with the entangled questions of nationalism, language, identity and schooling in Nepal. The ethnographic study unpacks the everyday life of two minority-language schools against the backdrop of shifting socio-political and cultural dynamics in Nepal. While the book is a significant contribution to anthropological studies on education in Nepal, it is also of relevance to scholars interested in issues of language, ethnicity, schooling and nationalism in the global South.

Spread across seven chapters, the study builds on ethnographic fieldwork conducted in two minority language schools—Jagat Sundar Bwonekuthi (JSB) and Jan Kalyan Higher Secondary School (JKHSS). While JSB uses Nepal Bhasha as a medium of education, JKHSS uses Dangaura Tharu as the medium of instruction. As both the schools symbolize the small group of schools using mother tongue languages as medium of education, the complex discourse where groups strive to subscribe to public spaces through the minority languages as well as Nepali and English becomes an interesting conceptual ground. This discourse becomes central to the ethnography as multi-ethnic and multilingual identities become entwined with the imaginary of nationhood.

The book departs by framing a dialogue between the educational policies on mother-tongue education and the language movement in Nepal. This is particularly important to locate the shift from a state-centric view of nationhood to the discourse of multi-language movements in the 1990s. The policy narrative, as the author emphasizes, is crucial to draw out the role of curriculum, among other language educational policies, in bolstering the discursive imagination of the Nepali nation. Such an account of policy perspectives enmeshed within the anthropological examination of schooling is useful for scholars and practitioners working on schools as the academic analysis often gets demarcated from policy-making perspectives.

The intersections of nation-building and ethnic identity become more pertinent as Pradhan focuses on schools as sites of what Hornberger (2000) calls ‘assimilation-pluralism paradox’.  Schools perform the dual functions of promoting a sharp vision of ethnic identity through mother tongue education, while also crafting association with an imaginary of Nepali nationhood and community. The rifts associated with English, Hindi and Sanskrit further underline the debates within policy-making and institutionalization of languages. In the multi-ethnic and multilingual context of Nepal, it is these granularities of lived realities in the schools that go on to show the negotiations of power through everyday language practices. The specificity of any linguistic exchange is crucially linked to the social world of the individual—reflecting the struggles in producing one’s social location through the use of language in the making of an ‘educated person’ in Nepal is, thus, seen as the result of a socio-historical process fraught with tensions (p. 67). The idea of an ‘educated person’ becomes interlinked with the discourse on mother tongue in schooling, a perceived sense of indigenous and national identity. Pradhan plots the relationality between multiple identities and everyday schooling practices while engaging with a wide corpus of literature on language education, nationalism, ethnolinguistic debates, youth culture, schooling and social identity.

In both the schools, the everyday linguistic practices and performances are presented in a constant state of flux and differences, instead of being affixed with static values. The study’s methodological richness comes alive in the minutiae of meaning-making processes that students, teachers and parents participate in. While on the one hand students participate in the construction of ethnic identity through events and traditional performances in both the schools, frequent glimpses of subscription to Nepali nationalism are also observed in the schools’ everyday life. Classroom observations, students’ voices and analysis produce a rich tapestry of how both the schools navigated through the possibilities of using multiple languages. While both JSB and JKHSS used different mother tongue languages, Nepal Bhasha and Tharu respectively, the observations point towards the use of Nepali and English as well across formal spaces of teaching-learning, everyday communications and informal spaces. The play of accent, grammar, and pronunciation remains important in students’ lives, as much as the use of other languages to participate in public spaces and make claims to spaces of nationalism became important.

The schools also grapple with questions of legitimacy and social acceptability as concerns to have a standardized script were encountered frequently. Having a standardized script through text-books consequently meant greater linguistic authority and reclamation of authenticity. The process of standardization of Tharu at JKHSS was built on exactly this rationale—letting schools pursue institutionalized teaching in their mother tongue, while conforming to a state-led system of education.

Schools emerge as symbolic and functional spaces as their attempts with repositioning the mother tongue through repositioning of the global/national language are underlined. Knowledge-making practices interspersed with ongoing social relations between the local and the global contours are marked by contestations and consensus. The school curriculum is, therefore, not positioned as a fixed site of belief and practices. It is in the ruptures and continuities of these attempts by school administration and language activists that the possibilities of generating employment and skill development find space. Minority language competence was seen as an employability skill; however, Pradhan underlines the negotiations between local and national in the space for economic capital.

Pradhan’s study shows how situating schooling within the larger processes of state and nation-building can help us understand the social meanings of ‘being educated’. The struggles and investments made in the process of accomplishing institutionalization of minority language are paralleled by negotiations with legitimacy at JSB and JKHSS. The discussion on language practices in schools, thus, helps us interrogate the fissures within these practices and political identities.

The study shifts from linear and unilateral approaches on identity construction by transcending the binaries of local-national or national-global. It foregrounds the creation of simultaneous and overlapping trajectories of linguistic practices and social identities that steer claims to public spaces. Schools, as discursive sites, show the contradictory and entangled dynamics of mother tongue, ethnic identity, nationhood, and the needs of a global capitalist market. Pradhan’s study also provides a pertinent dimension on understanding the complex settings of minority schools—important amidst the scholarly interest in private, English-medium schools in the neoliberal context of India.

The book is certainly a valuable contribution to the anthropology of education for its focus on the specific, cultural context of Nepal enmeshed in broader debates on nationalism and schooling. It paves the way for transnational engagement with schooling, identity and language practices through its methodological rigour important to understand life at school.