A Nippon Paint for India 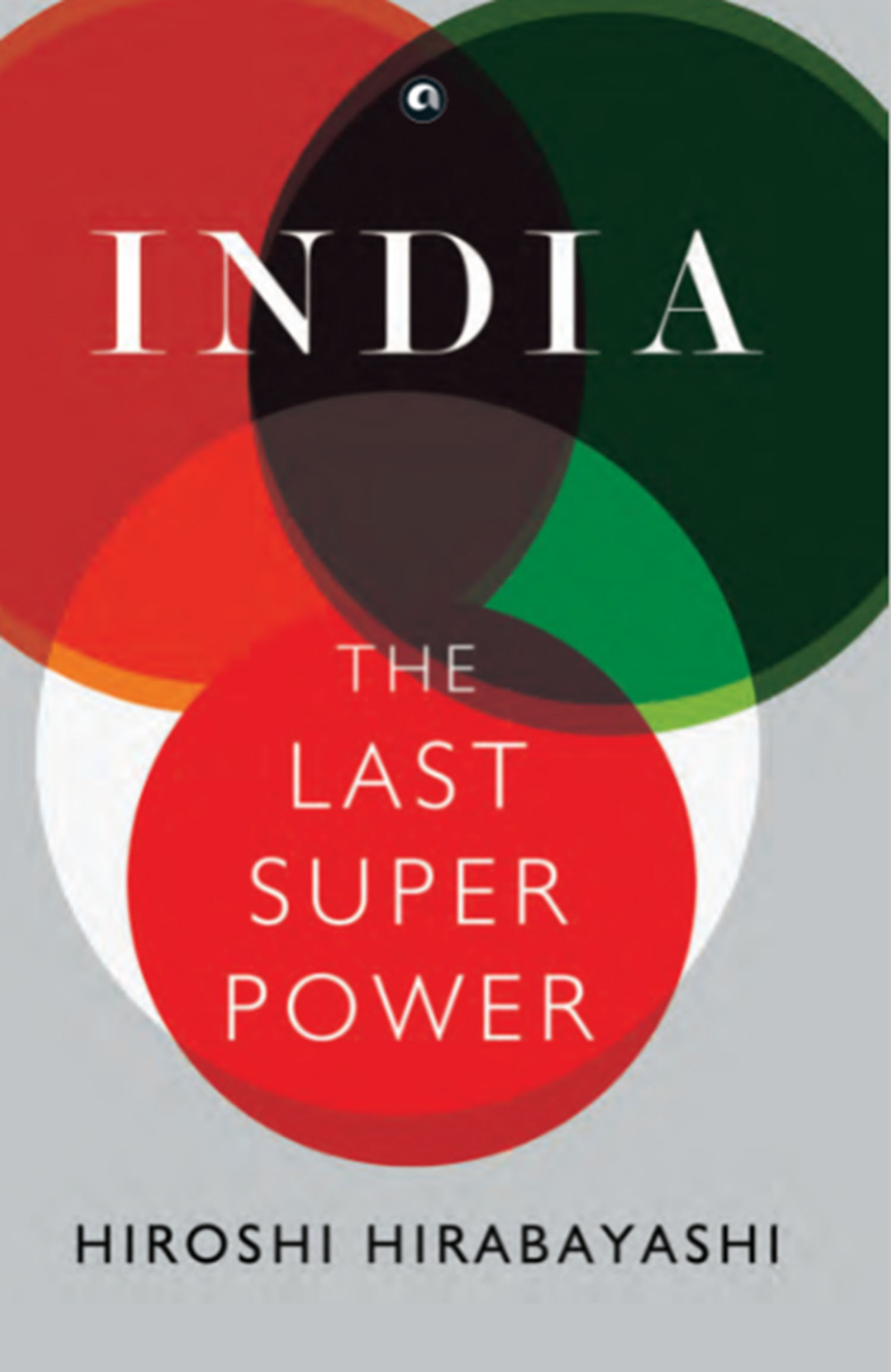 The very title of the book—India: The Last Super Power–is intriguing. It is one of the few works by a foreigner that places India at the centre of global politics. Hiroshi Hirabayashi, a veteran Japanese diplomat, is highly hopeful of India joining the existing list of leading world powers: US, Russia and China. Once it joins, India ‘will remain [in the list] as the last superpower for many generations.’ Written in Japanese for the Japanese audience, the book gives a holistic view of India and India-Japan relations. Yet, it is an interesting read for the Indian audience as well.

According to the author, India is a ‘cradle of one of the four great civilizations’ and is ‘likened to an elephant, symbolizing the country’s huge size with enormous strength, though moving slowly.’ India’s geo-strategic importance, economic reforms and growth, political stability, robust democracy, education standard, demographic advantage, middle class, vibrant media, professional judiciary, apolitical armed forces, diversity, world-wide diaspora and cinemas are admired. Since India is a ‘country of extremes’ and nuanced, the author advises to ‘pay extra attention’ to understand it better. Despite being Asian, to the surprise of the author, Indians’ ‘pattern of thinking is similar to western people’ and ‘have an attitude of self-assertion’.

Yet, the understanding of the Japanese people about India is ‘totally inadequate, flawed and prejudiced’. Hence, the author believes that the book would ‘remove some of the stereotypes that Japanese people harbour’ towards India. But one wonders, by highlighting the caste system, caste politics, communalism, reservation politics and so on, whether the author achieves what he wanted by the book: to paint a positive picture about India.

On the other hand, Indians rate Japanese and their products very high. Japanese brands like Honda, Toyota, Nissan, Kawasaki, Toshiba, Hitachi, Panasonic, Daikin, Yamaha and so on are house-hold names in India for their quality and durability. Maruti Suzuki car models continue to be popular in every part of India.

India and Japan have shared a deep bonding since time immemorial. Ties date back to the arrival of Buddhism to Japan from India. Impact of Japanese victory in the Russo-Japanese War and its impact on India’s Freedom Movement is known. Japan supported India’s Independence movement by providing asylum to Indian freedom fighters like Rash Behari Bose and AM Nair, and formation of Indian Independence League and later the Indian National Army (INA). But was Japanese help out of genuine intention to liberate Indians from Britishers or was it just a Kautilyan ‘enemy’s enemy is friend’ kind of bonhomie? It is worth exploring.

India-Japan friendship took off well after India’s Independence with the Treaty of Peace that treated Japan equitably (unlike the San Francisco Peace Treaty of Allied Powers). Japan was grateful for India’s objective gestures during the post-Second World War crimes trials. Other than a few irritants during the Cold War and also during India’s nuclear tests of 1998, India has been ‘super friendly to Japan’. Japan became important to India for three reasons:

India’s improved relations with the advanced countries; and

Increasing rapport with Asia-Pacific countries in the form of ‘Look East’ and ‘Act East’ policies.

The bilateral relations have straddled diverse areas like foreign and security policy, economy, culture, S&T, and personnel exchanges. Both countries have elevated relations to ‘Strategic Global Partnership’ in 2005 and then to ‘Special Strategic and Global Partnership’ in 2014. India is seen as a ‘comrade in arms’ for UNSC reforms, despite opposition from US and China. India and Japan are part of the ‘Diamond (Rhombus) Cooperation’, popularly called ‘Quad’. Both countries, along with the United States and Australia, are ‘united in a shared vision for the free and open Indo-Pacific’. India has been one of the largest recipients of Japan’s Official Development Assistance (ODA) that is aimed at ‘cooperation for the realization of more inclusive and sustainable development of India and based on the common values of Japan and India.’ The Delhi Metro is a landmark project of cooperation that Indians would remember forever.

Although India is an attractive destination for investments, the investment climate in the country is afflicted by issues like ‘poor roads, frequent power outages, unclean water, non-functional sewage systems etc.’ People-to-people contact has not reached its potential. The author wonders, despite tensions, Japan-China interactions in various spheres is several times better than between Japan and India. The author agrees with Keiji Nakajima’s ‘six Ps’ advice for doing business in India: Product, Price, Place, Person or Partner, Passion and Patience. The fact that Indians are pro-Japanese, the author sees a bright future for bilateral ties at all levels.

Overall, the book is written lucidly. Short anecdotes, included as box items titled ‘Experiences from My Days as a Diplomat’, are interesting. Some factual mistakes are evident: there are presently nine Union Territories in India (not eight); the LoC in J&K was marked after the Shimla Agreement of 1972 and not ‘UN mediated and decided in 1949’; Jawaharlal Nehru delivered the ‘Tryst with Destiny’ speech to the Constituent Assembly and not to Parliament; the vehicle of Lord Shiva (Nandi) is a bull and not a cow.

N Manoharan is with the Department of International Studies, Political Science and History, Christ University, Bengaluru.