A Portrait of Rich Friendships 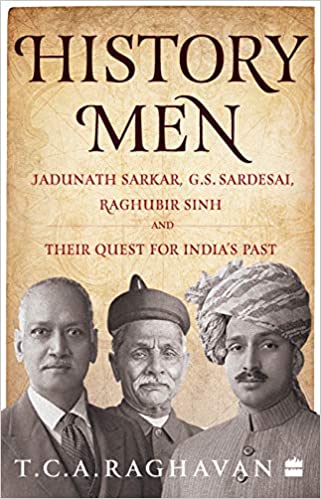 The zeal with which, in the late nineteenth and early twentieth-centuries, history enthusiasts of the Bombay Presidency went about unearthing old documents, and the kind of primary sources that they identified as being relevant to their search, did much to both undermine and reinforce the colonial understanding of India’s past. It is generally recognized that VK Rajwade (d.1926) was the pioneer in this endeavour. Paying tribute to his quest Jadunath Sarkar praised him as the ‘greatest discoverer, the lifelong searcher, the exclusive devotee, without a second love, the most fruitful collector of the raw materials of Maratha history’. At the same time he noted in an obituary he wrote for him, that Rajwade ‘lived and died a collector and could not compose a single history worthy of the name’! Such a brutally frank assessment, though of course characteristic of Sarkar, was more a reflection of the bitterness caused by the disparaging opinion that ‘Poona historians’, of whom Rajwade was the foremost, had of his protégé and collaborator GS Sardesai, who was derisively referred to as a mere ‘sankalankar’ (p. 70). This in turn was the outcome of the rivalry between the Rajwade camp and the Sarkar-Sardesai duo over precedence in the matter of access to hitherto undiscovered sources.

TCA Raghavan’s study of the relationship between Sarkar and Sardesai allows us to experience some of the thrill of the race for archival material, sorting and assessing new finds, and arguments often spread over several years about interpreting them to elicit historical ‘facts’. Sarkar himself, as also many of those who belonged to the first generation of modern Indian historians, devoted a considerable amount of their time and resources to gathering ‘original’ sources for writing what they declared to be authentic histories of India.