From Political Freedom to a Socialist Revolution 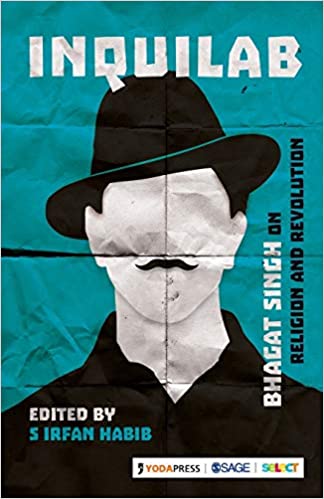 With the establishment of the dominance of the Hindu Right over Indian politics, their attempts to rewrite the history of Indian anti-colonial movement and appropriate its icons have intensified. Bhagat Singh has been an icon who has long been favoured by the Hindu Right. His popularity among the youth as a martyr, the stories of his uncompromising anti-colonialism and his challenge to Gandhi’s leadership of the Indian nationalist movement were aspects the Hindu Right wished its own icons represented. This task of appropriation was made easier by the fact that the history text-books on modern India written by the Left and liberal scholars seldom mentioned, let alone analysed, the contribution of the revolutionaries in the nationalist movement. As a result, we now witness a widespread dissemination of an image of Bhagat Singh and ideas attributed to him which are starkly opposed to the politics he professed. Studies analysing the reasons behind the historiographical disinterest in engaging with the ideas and political contribution of revolutionaries are still awaited. Yet, recently, attempts have been made by scholars to publish and engage with the writings of Bhagat Singh and his comrades. S Irfan Habib’s Inquilab is one such attempt.

This volume is a selection of Bhagat Singh’s mature writings which dispel numerous myths about his ideological and political inclinations. S Irfan Habib intends to make his readers  ‘look beyond (Bhagat Singh’s) romantic image of a gun-toting young nationalist’ (p. 1). Bhagat Singh’s writings have earlier been published in Hindi by Chaman Lal (Lal 2001) and Satyam (Satyam 2006) and in English by Shiv Verma (Verma 1986) and DN Gupta (Gupta 2007). They have also been made available online by Bhagat Singh Internet Archives. Many of these essays have been made available in English for the first time in this volume. More importantly, this selection attempts to foreground the centrality of the critique of communalism and religion in Bhagat Singh’s political thought. The essays are arranged in a thematic manner with different sections on communalism and caste, student activism, revolutionary politics and violence, anarchism and nihilism and, lastly, excerpts from his jail diary. Such an approach sacrifices chronology and helps trace the consistent yet constantly evolving ideas of a young writer like Bhagat Singh. He was a voracious reader and the influence of his wide-ranging studies can be traced in his essays. To further trace the influence of these studies on his ideas, a detailed introduction to every section reflecting upon the context and ideological influences on Bhagat Singh during the writing of those essays would have helped. It is unfortunate that S Irfan Habib in his short introduction to the volume does not choose to undertake this task.