A Peep Into Two Music Families 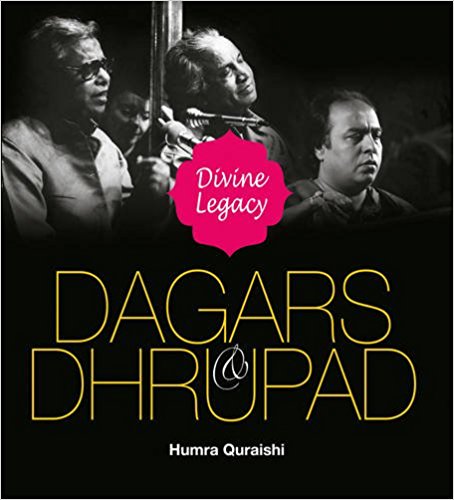 The two books under review showcase the legacy of two music families in different ways. Quraishi’s book is rich in illustrations—it has drawn on the photo albums of the Dagar clan. Raghavendra Joshi’s book has some family photographs as well, but the text is central—a tribute to Bhimsen Joshi by his eldest son, it is a story of family hurt and neglect.

A book on the Dagar legacy has been long overdue. Delhi based vocalist Wasifuddin Dagar took the initiative and Humra Quraishi was roped in to assemble the text and the photos. The expansive focus of the book is on the Dagar clan but at the same time it is a Delhi centric book with many photographs of Wasifuddin and his immediate family and supporters. All the qualities that one has come to associate with the publishing house of Niyogi are here—excellent design and fine reproduction of old photographs. Quraishi’s good faith is never in doubt but her text is amateurish.

The most well known dhrupad singer in music history is the great Tansen in Akbar’s court. In music lore, this venerable genre has been divided into four banis or vocal traditions—Dagar or Dagurbani, Khandarbani, Nauharbani and Gaurharbani. I once asked musicologist the late Sumati Mutatkar the difference between these four and she recited a charming Hindustani ditty on the significant musical attributes of these traditions. With the decline of dhrupad the differences were either forgotten or became less relevant. The association of the name Dagar with one clan of male vocalists is very recent. If the Dagar clan has become synonymous with dhrupad today, then it is a tribute to their enormous contribution as teachers and performers in sustaining this ancient vocal genre. But the history of this genre is more complex and varied—there are other vocal traditions in dhrupad e.g., Darbhanga and Bishnupur and the Senia lineage of been playing is associated with the dhrupad tradition of Tansen’s family. Despite the spiralling popularity of khayal from the early decades of the twentieth century, dhrupad’s superior status in Indian raga music has survived for it is believed that the normative attributes of a raga are best preserved in this ancient genre.

Dhrupad lineages had to adapt to khayal in the late nineteenth century. The well-known founder of the Jaipur-Atrauli khayal gharana Alladiya Khan came from a family of dhrupad vocalists who followed the Dagar tradition. He even composed a new raga ‘Dagori’ as a tribute to his musical lineage. (This raga is frequently sung by the Jaipur-Atrauli vocalists and contemporary performers like Shruti Sadolikar and Ashwini Bhide Deshpande have recorded it for EMI-HMV). Other khayal traditions like the Agra gharana incorporated the nom tom alaap of dhrupad. In instrumental music it has found spectacular expression in the alaap-jor-jhala dhrupad format of two of the greatest musicians of post-Independence India, Ravi Shankar and Ali Akbar Khan.

The Dagar clan owes its beginning to musicians in Akbar’s court but the continuous tradition of performing musicians and teachers can be traced to Baba Behram Khan in the nineteenth century who trained Zakiruddin and Allahbande Khan. It was Allahbande’s grandsons the vocalist duo Moinuddin and Aminuddin who popularized dhrupad and it was their dedication and commitment which established dhrupad among sophisticated urban audiences in post-Independent India. One early supporter in the 1950s was Alain Danielou whose pioneering recordings of dhrupad on L.P. for UNESCO took this music to the West. There are some lovely archival pictures of the duo in this book, looking dapper in western clothing surrounded by enthusiasts including Moinuddin’s companion and wife the beautiful Suraiya. Moinuddin died early but his legacy was nurtured by the next generation who continued the family tradition of devotion to music, spirituality and renunciation. Some men in the family, brothers Aminuddin and Zahiruddin, remained single, dedicated full time to the cause of dhrupad. There are also some fine photos from the extended family, notably that of legendary seniors—Hussainuddin famously known as ‘Tansen Pandey’ and Rahimuddin. There are also many charming photos of seniors from the succeeding generation—vocalist and teacher Sayeeduddin, been maestro Mohiuddin, vocalist duo Zahiruddin and Faiyazuddin and their families, patrons and supporters. But perhaps the finest photo in this book is a magnificent group portrait of seven seniors with their tanpuras in the regal setting of the Marble Palace in Calcutta which was clicked in 1983. The archival photos in this book will complement the late Mani Kaul’s film on dhrupad (Films Division, 1992—now available on Youtube) which is an important documentary record of the family. Meanwhile the Dagar tradition continues not only through family members but other disciples as well, some of whom have achieved renown as teachers and performers. The names of Ritwik Sanyal, the Nandy sisters, Nirmalya Dey come to mind. A new spirit and mellifluousness has been infused in dhrupad by the Gundecha brothers and Uday Bhawalkar, who have become stars in the concert circuit. The Gundechas have also introduced an element of harmony in their performance.