A Nuanced and Complex Portrayal 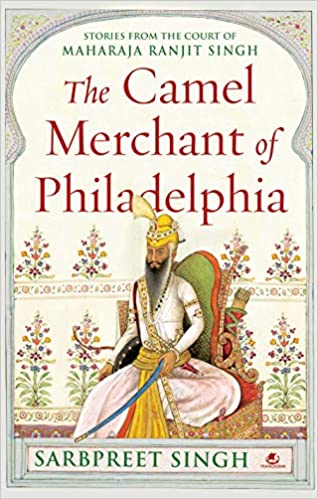 A Nuanced and Complex Portrayal
Uma Shanker Pandey
THE CAMEL MERCHANT OF PHILADELPHIA: STORIES FROM THE COURT OF MAHARAJA RANJIT SINGH by Sarbpreet Singh Westland, 2019, 250 pp., 699.00
July 2020, volume 44, No 7

The book under review, The Camel Merchant of Philadelphia, is a fascinating account of the life and times of Maharaja Ranjit Singh, the architect of the formidable Sikh State in the first half of the 19th century. While the rest of India was falling prey to colonial aggrandizement, Maharaja Ranjit Singh not only stood his ground amid all adversities but also transformed his State into an epitome of power and authority. Tracing the presence of the Sikhs as a political entity from the time of Ahmad Shah Durrani, the author attributes the rise of the Sikh State to the  brilliance of the Maharaja and the latter’s ability to pick meritorious and talented individuals for State services. Indeed, this quality proved to be instrumental in the phenomenal rise of the Sukerchakia Misl (confederacy) to which the Maharaja belonged, from being a relatively small group to the apogee of power in the region. The author cites the important contributory role played by some of those chosen individuals who proved to be battle-winners for Ranjit Singh on many occasions and emerged as the cogs in the consolidation and stability of the empire. The author argues that despite all their frailties loyalty for the state remained their cardinal principle. He absolves Dhian Singh Dogra of hastening the downfall of the Sikh empire after the death of Ranjit Singh by arguing that the unseating of Maharaja Kharak Singh and placing the young Naunihal Singh on the throne of Lahore after the death of Maharaja Ranjit Singh was his way of exhibiting his loyalty to the State.