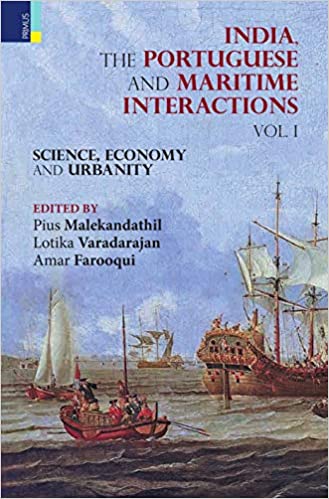 The sixty papers published in these two volumes were all presented at the 14th International Seminar on Indo-Portuguese History (ISIPH) held at Delhi in 2013. The first of these seminars was held at Goa in 1978 on the initiative of the late Father John Correia-Afonso, at a time when there were few scholars working on Indo-Portuguese history. Over the decades, the scope and variety of the topics covered in the series of seminars became more extensive and wide ranging. The Preface by the three editors points out that the last ISIPH has looked away from the traditional ‘Euro-centric perception of “superior-inferior binaries”’ and instead has focused on ‘analyzing the meanings of larger interactions and exchanges that took place between different parts of Indic and Portuguese worlds’. The introductory essay by Luis Felipe FR Thomaz (‘Indo-Portuguese Studies’) similarly expands on the necessity for a more nuanced analysis of the complex motivations and self-interest of the different players both within the different strata of the Portuguese state and society as well as Indian society and polity.

The title of the seminar series, my own (over-optimistic) understanding of the title of the book and the two introductory pieces led me to believe that the two volumes under review would provide path-breaking studies exploring new facets of Indo-Portuguese interactions in the spheres of science and technology, cultural interchange and economic impact.