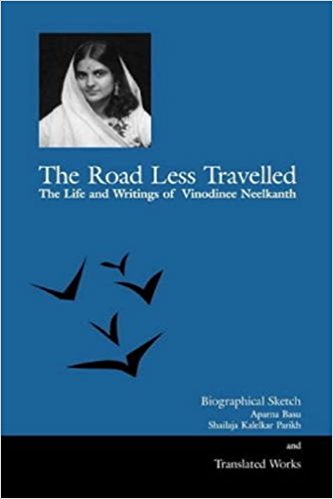 The road much travelled by women who lived in the earlier part of the twentieth century was a road paved with an earnest search for meanings, an eager attempt to grasp the new worlds that education and independence opened up for them in its entirety and the consistent attempt to bridge the gap dividing the disparate spaces of their lived realities and the dreams of a new independent nation. After education for women ceased to be a distant dream worked to place their newly earned knowledge at the service of the nation women gaining education with a sense of mission.

They wrote, spoke, taught and shared their understanding seeking to elevate their less fortunate sisters trapped in the orthodoxy and culture of the community. Women wrote desperately as if to save their lives. They edited magazines and ran schools and hostels for women rendered homeless by widowhood or poverty.

They read greedily and avidly curiously seeking the secret formula that might crack the contradiction between precept and practice in family, movement and society. Women realized that writing was a weapon of power, an act of subversion, a tool of liberation.That period was marked by an optimism, a hope, a determination to bring about reform and change. Above all an unquestioning a faith in the values they professed. They earnestly believed that nationhood and independence would herald a new era for women. And worked to make that era richer and more available to all women. Mahilavarnam/Womanscape (2001) a 150 year history of women in Andhra demonstrates this.