A Magisterial Text in Review 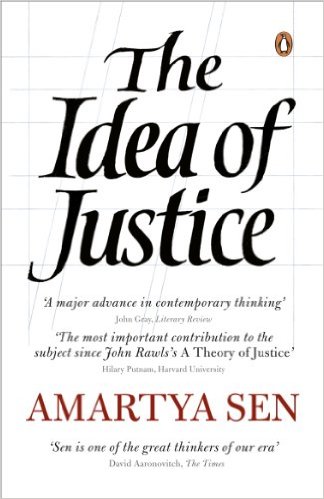 In the Idea of Justice, Sen engages the work of John Rawls, who died in 2002, and was one of the foremost contemporary American philosophical thinkers on justice. In his characteristic respectful and thoughtful manner, Sen rigorously dissects Rawls’s basic idea of justice, which is concerned primarily with the establishment of just institutions. He systematically exposes the rather significant gaps produced in Rawl’s endeavour to produce a complete theory of justice, and simultaneously resurrects and repositions the intellectual thought of Adam Smith, an economist who was also a great moral thinker. Rawls and Smith represent two different strands of Enlightenment thinking. Following along the lines of thinking by Thomas Hobes, John Locke, Rousseau, Immanuel Kant and others, Rawls articulates a complete theory of justice based on transcendental institutionalism, which identifies perfectly just social arrangements or just institutions.

Its primary feature involves establishing perfect institutions set up on the basis of a unique set of principles of justice emanating from the exercise of fairness. Rawls’s theory of `justice as fairness’, is based on a demand for impartiality, which in turn is based on the idea of the `original position’. The original position is the social contract that would be accepted by everyone unanimously. It is an imagined situation of primordial equality, where there is no knowledge of vested interests, personal attributes, or identities. It is a state of ‘devised ignorance’ and it is from this position that a unique set of principles of justice emanate (p.54). This theory has been dominant in western (especially American) jurisprudential and even philosophical thought ever since John Rawls published his Theory of Justice.

Sen’s critique of Rawls’s centres on the fact that such an approach is not only decontextualized, it is also fruitless if in fact it does not bear upon people’s real lives and capabilities to secure justice. Sen argues that justice needs to be grounded and include ways of judging how to reduce injustice and advance justice, rather than simply focus on just institutions. Sen states that justice needs to attend to and be connected to the real lives of real people, and that there are different motivations that influence their choices and decisions. He illustrates this point in his example of a flute, and the arguments presented by three children who each claim that they are deserving of the flute. Anne claims that as she is the only one of the three who knows how to play the flute, it should be awarded to her. Carla argues that she is the one who has spent many months making the flute of her own labour, and that it justly belongs to her. And Bob claims that he is the poorest of the three and owns no toys, and hence it would be fair to give him the flute. None of the claimants disputes the arguments of their rival contenders, and each provides equally persuasive reasons as to why their claim is most just. All three may deserve the flute and there is no one perfect resolution or answer to this problem.