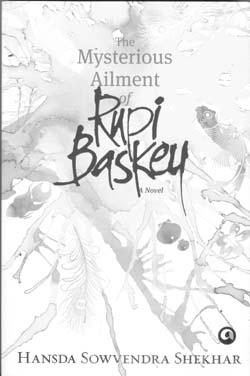 The narrative of Hansda Sowvendra Shekhar’s debut novel traces the presence and interference of dahni-bidya (witchcraft) on four generations of a Santhali family in Kadamdihi, a village in the not-yet-formed Jharkhand. The plot begins with introducing the reader to Rupi Baskey, who is identified as the strongest woman in Kadamdihi—having birthed her first-born in the middle of planting season in the rice-fields. The chronicle of the Baskey family is unravelled for the reader with constant reiterations of the ebbing away of strength from the once resilient Rupi. The third-person narrative voice reveals the source of Rupi’s enervated condition at the outset, mitigating any suspense while simultaneously orchestrating an arena of suspense through the leitmotif of witchcraft and the mystery it generates. Dysfuctionalities are an operative norm in the Baskey family and the cause is the dahni-bidya practised by the enemies of the majhi-gushti (chieftain’s household).