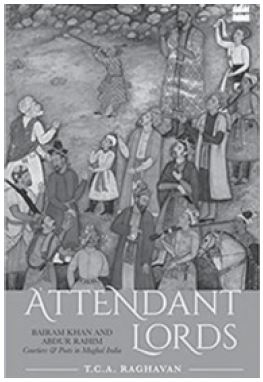 This is an important historical publication rendered in an engaging narrative style that will entertain the reader. More importantly, it also brings into focus, true to its title, an aspect of a vital historical period otherwise unattended to in such detail. This was the age that was to flower into what may be described as a golden age for India envied the world over for its wealth, its military might and its coveted domination of the world’s trade. But the social effervescence that led to that emergence and its attendant brutality, the glittering cultural synthesis unprecedented in the subcontinent and its inevitable antithesis is recounted here through painstaking research and reference.

This story is set around the lives of the Persian Bairam Khan and his son Abdur Rahim, born of a Meo mother, who has come to command an unrivalled position in the history of India’s Hindi poetry under the title to which he was elevated by the Emperor Akbar, Abdur Rahim Khan-i Khanan. But this is no dry academia. Raghavan succeeds in bringing alive his characters, so rare in a narrative drawn down from historical sources as this book is, so that the reader begins to feel for his characters.