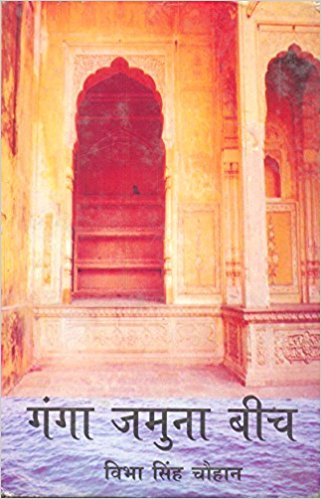 It is quite likely that you have met someone like Kirpa, the protagonist of Ganga Jamuna Beech (Between the Ganga and the Jamuna). A woman whose speech carries the distinctive flavour of the village she grew up in but whose long sojourn in the city has contributed an idiom that makes it even more expressive. A language that is living proof of her life’s journey, which has meandered as much as the two rivers between which she finds herself poised. And it is Kirpa’s unaffected yet robust voice that is perhaps the most striking aspect of this remarkable debut novel. As you listen enthralled to Kirpa’s life story you relive those momentous sixty years with her, participate in her arduous progression from the familiar, comfortable world of the village to the bewildering, threatening milieu of the city where her husband lives and works. Kirpa’s dilemma is one many women of her generation faced, at the time when modern education was throwing up barriers within families and the feudal structure was beginning to unravel in northern India, but that makes it no less poignant.

Born in a family of zamindars in eastern U.P. Kirpa is married to Bhrigu Narain Singh at an early age. While the transition from parental home to that of the in-laws is comparatively painless, her problems begin when her husband joins the police and is posted in Benaras. Bhrigu Narain wants her to accompany him there, but Kirpa is unable to conceal her fear of the unknown. Her short-tempered husband takes this as a personal rejection. He leaves her behind with his family and more or less ignores her existence. Though it was common for men who worked in cities to visit home periodically and father children, he does not even establish conjugal relations, leaving Kirpa in a strange limbo. Torn between the comfort zone of the traditional life she is accustomed to, and the terrifying new ways Bhrigu Narain wishes her to adopt, Kirpa is compelled to embark on a painful odyssey to regain her husband.

His family provides all the support she needs to accomplish this goal. First her brother-in-law and his wife accompany her in an abortive foray to Benaras, where things do not work out. But when he is posted to distant Delhi, Kirpa is confronted with the worst. She learns that he is planning to marry again, a woman who he feels might be more suitable as an officer’s wife. Her in-laws rally around her again and try to force Bhrigu Narain to do the right thing. Ultimately, though, Kirpa alone can save her marriage by transforming herself, however wrenching the process. In her own words, she has to be born again. She hesitantly abandons purdah, learns to sit at a table and eat with men, masters all the ‘modern’ ways so that she is not a source of embarrassment to her husband. More remarkably, she takes the initiative in getting Rupa, the girl Bhrigu Narain is contemplating marrying, out of the way. And that is when, as she states, her married life actually begins.