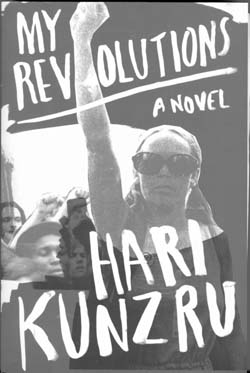 There is something about mandatory family jollifications that brings out the worst in one. Chris Carver, in Hari Kunzru’s third novel My Revolutions chooses Christmas lunch to tell his family that he is a Communist, that he was leaving the London School of Economics to which he had gained admission, much to his father’s gratification, and that ‘the ruling class were scum, fattened by nine hundred years of greed and oppression… I talked into the silence, trying everything I could think of to get a response, a sign of life.’

His mother offers him some more gravy, and his father asks why he has to pay taxes so that his son can be taught a load of rubbish. Off Carver goes, to join a revolutionary group, part of ‘a project of self-invention’.