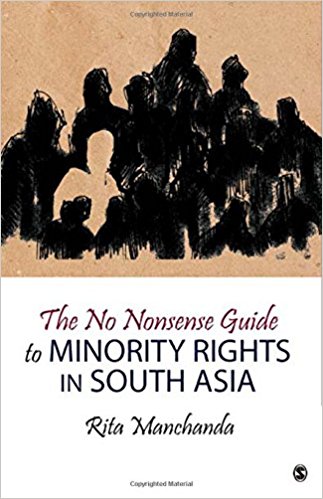 If nation states in their very creation are majoritarian in their thrust besides being the repositories of (often unbridled power) how have
certain institutions and instruments of minority rights protection proved effective in Europe but remained singularly undeveloped in South Asia?

While this question posed succinctly in the foreword to this anthology remains unanswered in all its complexity, the work is a substantive and thorough exploration of ‘minority’, a concept that is both rich and diverse. The South Asian region with its varied experiments in nation building has had a singularly uncomfortable relationship with all its minorities, ethnic, indigenous, linguistic and religious and for academics and activists alike, working in this and related areas of minority rights protection, it is rare to find an exhaustive compilation of the varied and complex constructs and instruments that have been at their foundation the source of exclusion and denial and in very rare instances, inclusion.

Even the democracies of Europe with their evolved notions of state and citizenship have been experiencing major hiccups with migrant populations from their erstwhile colonies now making their home and cultural spaces on hitherto almost pure white territory. Recall France’s aggressive posturing on the burkha and Switzerland’s rather pathetic referendum vote on minarets upsetting the symmetry of the Swiss skyline.