A Compendium Of Memories 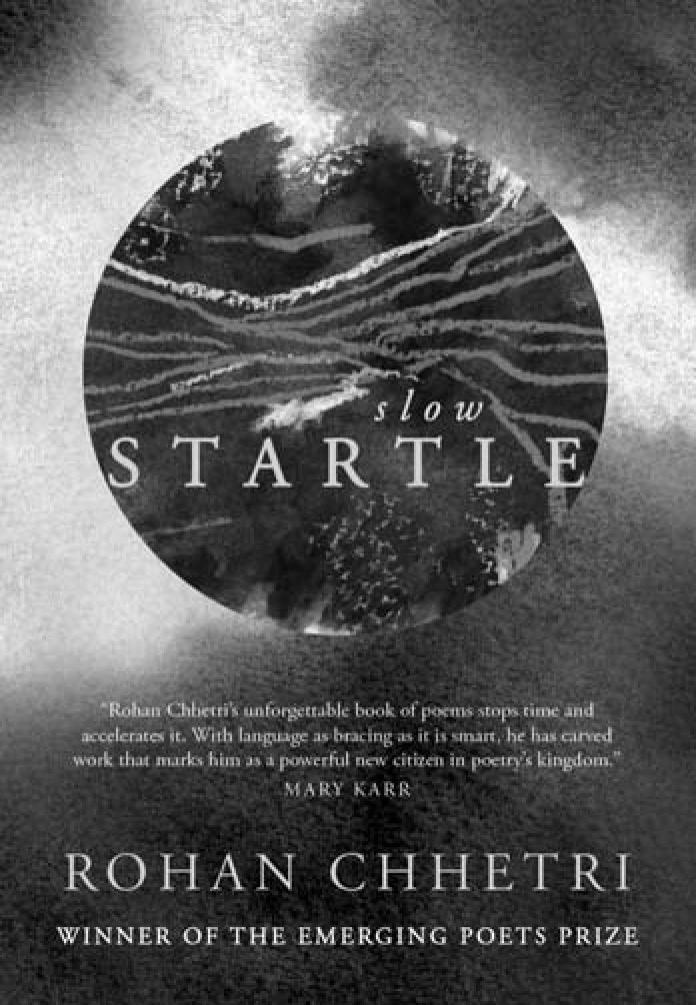 Rohan Chhetri’s Slow Startle is a true indulgence for lovers of poetry and the written word. His poetry spans various subjects: love, loss, relationships, memories that flood the past, shape the present, and the future. His poems about the pangs of growing up, of coming to terms with his grandfather’s death, a difficult relationship with a father given to uncontrolled spurts of violence, a resigned mother humbled by fate, a departed lover whose thoughts propel him to consider living in another city just to move on, a shared dream of a homeland, all resonate with a deep and intimate engagement with and insight into what is being written about. His poems express a deep connect with everything that conspires around him. He seems to be able to feel around on the inside of everything he witnesses, everything he feels for and lives out both in life and in his poetry.

He begins his poem ‘Recapitulation’ with profound insight: ‘The severity of poetry lies in the retrospect’.
The severity of Chhetri’s poems lies in the intricate intertwining of memory and retrospection. In his poems one memory leads to another, and that in turn flows into the next. The unique gift of the ability to capture these trains of thoughts which flow in and out of one’s mind and the bittersweet emotions they bring along is what makes Chhetri’s poems remarkable and real. Memories of his grandfather’s death and the struggle he undergoes in trying to write about his death bring to mind his friend Jane’s remembering how she wrote about the sea; the lonely British surfer who smilingly emerged out of the sea every morning; the beautiful Tibetan girl who sold sweaters by the lake. These wanderings of the mind and deliberations and struggles that ensue in the interiors of one’s being seem to be laid bare in Chhetri’s poems. ‘Phosphorescence’ irradiates with ‘certain rememberings’ that the grey clouds in the sky seem to be laden with. He remembers being nauseous on a school bus on the day of results and his mother forcing him to talk to a girl who would break his heart ten years later. He remembers the day his grandmother fell from the stairs, the evening of an earthquake spent in fear, the day he wrote his first poem. The day profound understanding dawns on him, in one simple moment of illumination:
Or the day simplicity hit me many years later
like a man bent over a faucet washing his hair
hits the back of his head against the nozzle,
in a clean, painful dazzle of clarity.