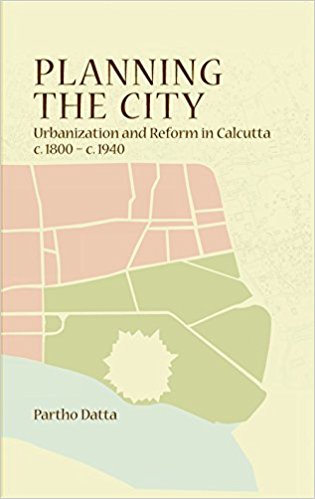 Partho Datta’s book turns out to be a particularly instructive read in a city struck by an epidemic of dengue and viral fevers in an August of disappeared monsoons, the spread of the vector and virus linked in no small degree to civic mismanagement and lapses in public health administration. For the book shows how it was the fear of fevers and toxic miasmas that acted as the central motivation for the first major planning endeavours in the 19th century colonial city, producing the driving imperatives to spatially segregate the ‘White’ from the odious ‘Black Town’. It looks back to the way the city’s medical, environmental and topographic histories were inextricably linked in all the 19th century schemes of planning and designing the capital city of the empire-and the way the reformist powers of the modern state unleashed a ‘regime of deodorization and ventilation’ to render the city salubrious and healthy, orderly and modern on western terms. It also tells us-as has all accounts of the growth of colonial Calcutta-that such missions of ‘improvement’ of the city’s planners were continuously defeated by the internal recalcitrance of a city whose dense inner histories of land and property-holding, habitation and commerce invariably compromised all governmental projects of urban regulation and planning.

The book comes as an unsettling reminder that Calcutta’s proverbial equation with filth and insanitation, disease and death, has proven impossible to undo, from colonial times into the present. The stereotypical image of Kipling’s ‘packed and pestilential town’ over which death has never ceased to look down has hauntingly lingered through the years-even as newer mega-improvements projects of broadened roads, giant flyovers, overhead metro rail lines, and ever-luxuriant exclusive housing enclaves are engulfing the inner and outer city.