A Woman of Destiny 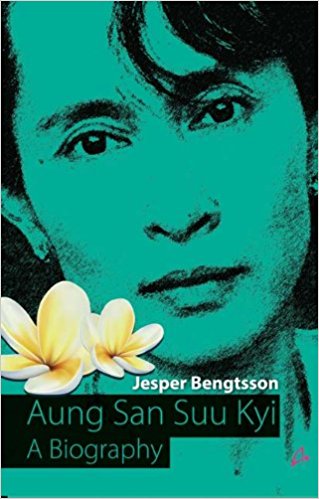 Very few political leaders in the world, not to talk about a woman, have attained such iconic stature, fame and received so many laurels as the symbol of democracy and freedom as that of Myanmar’s Aung San Suu Kyi, who has made enormous sacrifices, including her own family life and spent her best years in captivity, to see democracy, freedom and betterment of life of her countrymen fulfilled in the face of a brutal authoritarian military junta. ‘The democracy process provides for political and social change without violence. The struggle for democracy and human rights in Burma (erstwhile name of Myanmar) is a struggle for life and dignity. It is a struggle that encompasses our social, political and economic aspirations.’ Her own words portray her deep political convictions, preferred methods and the ultimate goal of her struggle and sacrifice. Ironically, her involve-ment with the politics of the country happened by chance. Had her destiny not brought her back from the family life in Oxford to Burma in 1988 to care for her ailing mother after long years of stay abroad, India, UK, Bhutan, and USA, the world possibly would not have heard of her at all and Burma itself would have remained a recluse country as it had been from 1962 when military strongman, General Ne Win took over power from an elected government and plunged the country into political and economic abyss through his ingenuous Burmese socialism.The book under review is the story of her life, the eventful time she was born in, her adult life away from Burma, her academic pursuits in India, England and the United States, her family life with husband Michael Aries, her return to Burma to take care of her mother, launch of her political career with her historic speech at the Shwedagon Pagoda and finally the heart-rending background of Burma’s sorrowful history from which the country had been passing through ever since it became independent in 1948. Freeing the country from oppression, restoring the dignity of her people and bringing change in her homeland have become her main goals. Although she is the daughter of the most famous and respected nationalist leader of Burma, Aung San, and has inherited some of the characteristic traits of her father like single-minded devotion to duties, moral values and principles in life, unlike her father she was not at all politically inclined in her younger days. In fact, she led a rather protected and disciplined life under the shadow of her mother, Khin Kyi, another remarkable lady, who not only weathered the assassination of her husband and raised her children as a single parent, but also held responsible positions in the public life of Burma, eventually becoming the Ambassador of Burma in India. Perhaps the trauma of her husband’s assassination made her determined to keep her children away from the stormy politics of the country. In Suu Kyi’s case, that was not to be, as destiny brought her back to her motherland for which her father gave his life and catapulted her as the leader of the largest uprising in Burma/Myanmar’s history.